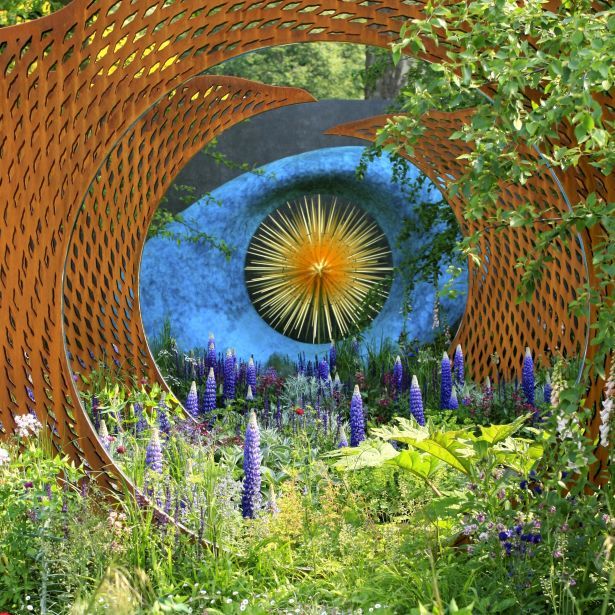 This year’s show delivered a delicious feast of floral splendour with all the right ingredients – romantic planting on Main Avenue, enchanting glades and inspiring designs from the artisan gardens, topped with a floral riot in the marquee.

There was Kentish flavour around every corner; the county’s multi award-winning designer Jo Thompson was awarded a gold for a technically difficult design for Wedgewood delivered with consummate ease and beautiful planting, while over in the Artisan Gardens area, Laura Anstiss from Tenterden, created a garden for Supershoes, a children’s cancer charity.  Laura’s garden for Supershoes, aptly named ‘Laced With Hope’, was visited by David Walliams and his mother, who I’m sure like us, enjoyed the eye-popping and mood-boosting colour of the planting.

Other designs that stopped us in our tracks included Tom Massey’s silver-gilt winning garden for the Lemon Tree Trust full of pomegranate trees, salvias, poppies and iris shimmering in the sun on Main Avenue. The garden was inspired by a trip Tom made to Domiz Camp in northern Iraq earlier this year where he learned how the makeshift gardens created by the refugees at the camp provided hope and acted as a link back to the homes they miss.  The fig, pomegranate and lemon trees were particularly inspiring; offering the garden scent, shade and food and reminding us that fruit trees can provide a wow factor in a small garden.

Sarah Price’s garden for show sponsor M&G was a delightful lesson in romantic planting and in not being afraid of leaving space between your plants. 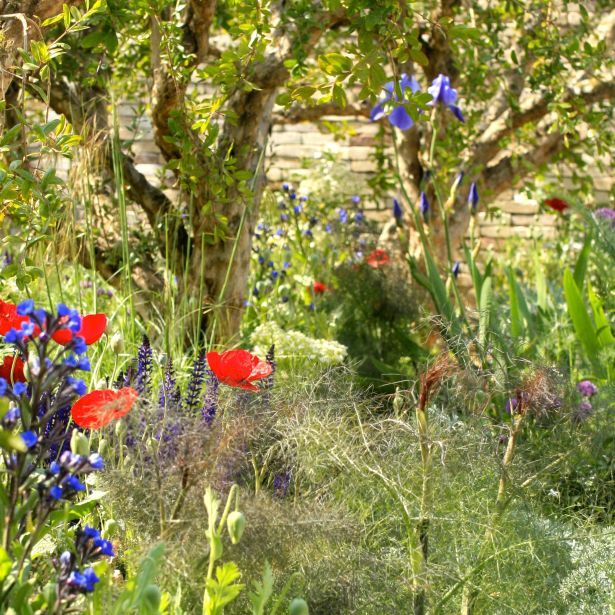 Welcome To Yorkshire provided a tranquil space on Main Avenue and we were thrilled to see the wisteria hanging from the shed in the garden which was built by Mark Gregory and inspired by the Yorkshire Dales. Mark’s garden won a coveted gold medal and was the talk of the day. We came away talking about building dry stone walls in Kent!

The Pearlfisher Garden, in partnership with Plastic Oceans, was awarded a gold medal for its wonderful design which highlighted the irrevocable impact of plastic waste on our planet’s ecosystems. The garden consisted of a series of aquatic tanks filled with ocean plants, coral and fish that surrounded the central feature of a three-dimensional pearl diver. The planting was a clever mix of cacti and succulents which imitated the structure and form of underwater coral.

Inside the floral marquee we were pleased to bump into Johnny Walkers of Taylors Bulbs – Johnny bagged his 25th consecutive gold this year at Chelsea for his fabulous display of daffodils.  It’s mind-boggling to see so many varieties in bloom in the late May sunshine.  Johnny provided some of the best daffodils for Hever Castle’s inaugural ‘Dazzling Daffodil’ event in March this year and he’s promised to return to the county next March with even more varieties.

There’s probably only one place in the world where you could find yourself talking slug deterrents with Ainsley Harriott, and that’s inside the floral marquee at the RHS Chelsea Flower Show, and it was perhaps entirely appropriate that we were looking at a hosta called ‘Valley’s Sushi’ at the time! 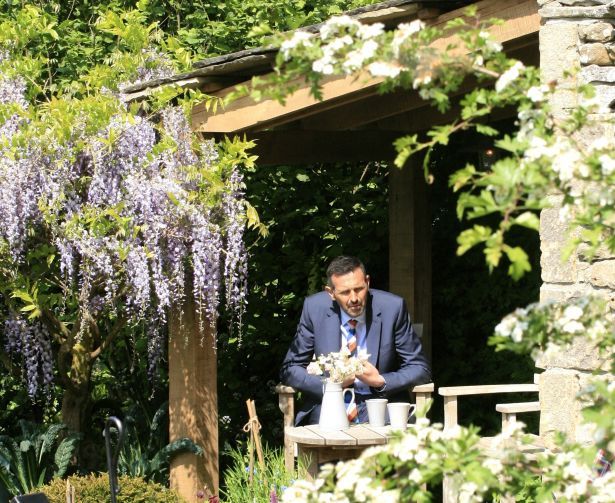 We weren’t surprised to learn that Ainsley is a hosta fan because the plant is actually edible and is commonly grown as a vegetable in some Asian cultures.  It turned out that Ainsley had made a beeline for Kent grower Paul Harris’ gold medal winning stand in the floral marquee to talk hostas and slug deterrent.  Paul is the man behind Brookfield Plants,  a hosta and hemerocallis specialist and winner of countless RHS medals including gold at Chelsea in 2013, 2014 and 2015.  Paul explained that the best way to use slug pellets is to use them very lightly and to space individual pellets 10 centimetres or so apart to provide a trail for the snail or slug to follow.  He advised against drawing rings around the plant with pellets. Paul made it sound so easy, and his hostas looked so tempting, especially a blue-leafed variety named after the tennis champ Andy Murray.

The floral marquee had a corner dedicated to the county, or so it felt, with Brookfields hostas to the right of Tonbridge’s Downderry lavender and diagonally opposite the striking Cayeux stand whose iris are nurtured by Sue Marshall of Iris of Sissinghurst.   Sue has grown Richard Cayeux’s Chelsea iris for him for a number of years and the successful partnership won the stand a gold in 2015.  Iris are a stand out plant at this time of year and provide architectural beauty and a myriad of different colours. Our pick of the iris on display at the Cayeux stand included: a copper pink variety called ‘Astana’ and a muted mustard beauty called ‘Cigarillo’ which was awarded the title of Best French Iris in Paris last year. We were lucky enough to meet Richard Cayeux and I asked him about his partnership with Sue Marshall and nurturing gold winning iris in Sissinghurst.  He said: “I’m so lucky to have found Sue, and her husband Harry, – we could not do Chelsea from France – we couldn’t do it without them.  And this year Harry built the bridge in the centre of the stand!” The bridge is a nod to Monet’s iconic garden at Giverny.  Ferdinand Cayeux supplied irises to Claude Monet – some of which are displayed on the stand.  Richard’s father Jean Cayeux and Richard himself have continued with this tradition and a selection of some of the iris seen at Giverny today were on the Chelsea stand.

Seriously seductive, lavender is a flamboyant beauty of a plant which comes in quite a few different shapes and sizes. ‘Purple Panache’ is the perfect name for what seemed to us to be the most brazen of the lavender bunch on Simon Charlesworth’s gold medal winning Downderry Nursery stand. Simon took a year out from Chelsea in 2016 and the breathing space afforded allowed him to nurture new plants such as ‘Purple Panache’. The intensely purple hue of this mad-haired beauty stayed with us long after we’d left the marquee and prompted discussions on the train home to Kent on how best to create a lavender bed with a flowering potential from the beginning of May through to July. 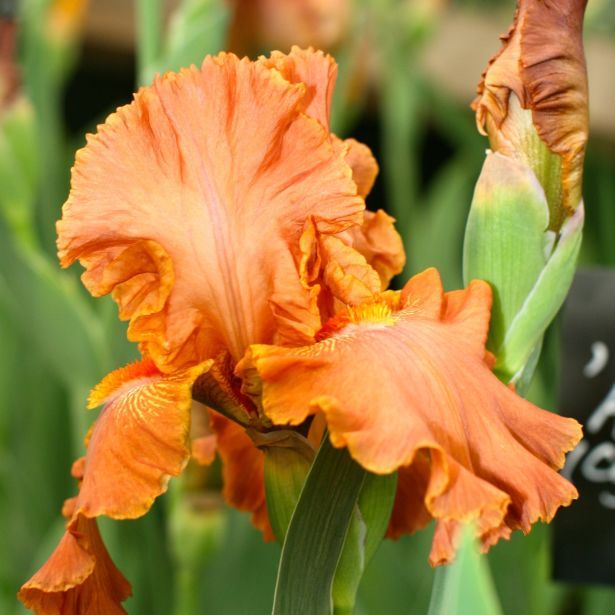 Things we learned at RHS Chelsea this week:

4      Cacti can masquerade as ocean coral

5      Fruit trees provide the wow factor in a small garden

6      It’s best to set out early on the day South Eastern change their entire train timetable!

Gold for the The Wedgewood Garden designed by Jo Thompson

Silver medal for The Supershoes, Laced with Hope Garden designed by Laura Anstiss

Pop Up Flower Stall at Broadditch

KELLIE’S HEROES RAISES MORE THAN £2,600 IN SUPPORT OF ELLENOR HOSPICE 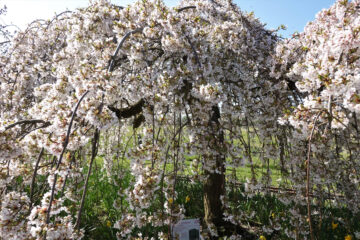 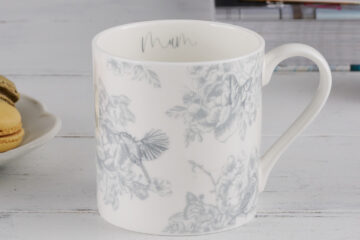 Put a Spring in your Mum’s step! 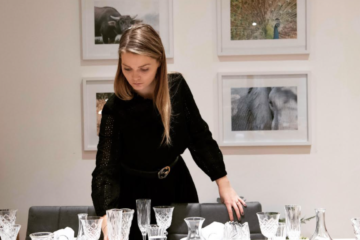 BEYOND THE TABLE – EVENT PLANNING, DESIGN AND CURATION AT HOME 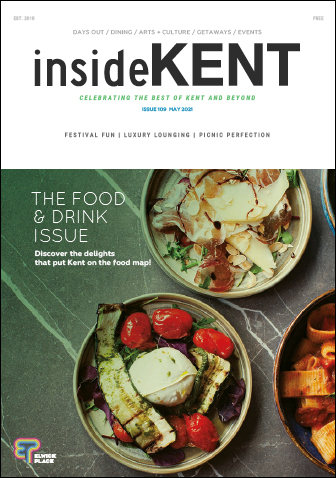