Thursday 31st of August marks the 20th Anniversary of the tragic and sudden death of Diana, Princess of Wales. Royal Victoria Place in Tunbridge Wells will be commemorating this occasion with a special photographic display of her visit to officially open West Kent’s largest shopping centre back in 1992.

Royal Victoria Place is extremely proud of its royal heritage and links with Royal Tunbridge Wells. The town was granted the Royal Charter by King Edward VII in 1909 in recognition of the special esteem which the spa town had held in the heart of his mother Queen Victoria since she had first visited the town as a child with her parents.

On 21st October 1992, Royal Victoria Place was honoured and proud to continue this association when Diana, Princess of Wales visited to perform the official opening of Kent’s newest shopping centre before an enthusiastic crowd of more than 5,000 people – a day which still holds so many happy memories for those that got to see or meet her. It was understood that after completing her tour of Royal Victoria Place, Princess Diana commented, “Every town should have a shopping centre as beautiful as this”. 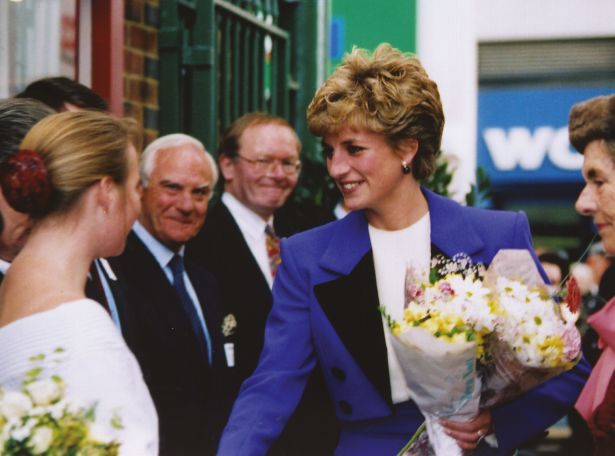 The photographic display entitled ‘RVP Remembers Diana’ will feature photographs that tell the story of the Princess’ visit to Royal Victoria Place on that special day in 1992. Photos show her doing what she did best – spending time meeting the townsfolk and members of the local community.
The commemorative marble plaque which was unveiled by Princess Diana is still proudly displayed at the heart of the centre nearly 25 years on and is the attention of all who visit. On the sad news of the Princess Diana’s death, the plaque at Royal Victoria Place became a focal point for the town’s outpouring of grief with hundreds of floral tributes and messages being laid around it. 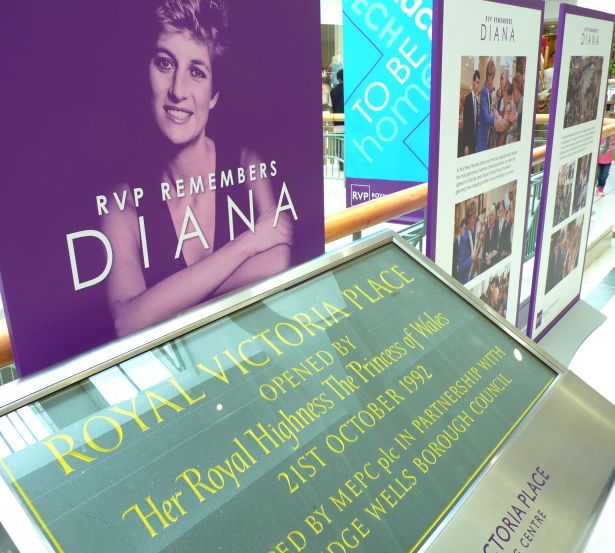 Marc Burchett, Marketing Manager of Royal Victoria Place, commented, “We have always felt very privileged and honoured to of had Princess Diana to officially open Royal Victoria Place. Her visit meant so much too so many people who will always cherish the memories of the moment they got to meet her.  That’s why we felt it was important to mark the 20th anniversary of her untimely death in this way. Princess Diana is a proud part of our town’s history which we will always remember her with much happiness.”

‘RVP Remembers Diana’ will be displayed pride of place next to the plaque she unveiled that special day located on level 2 opposite Ernest Jones. The display will go on show to the public from Friday 25th August and run through until 29th October.

Visitors will also be able to also take away with them a special commemorative brochure to act as a keepsake and more details are available at royalvictoriaplace.com. 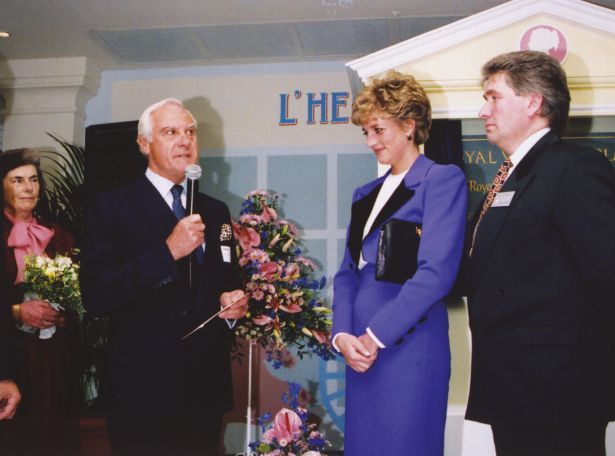