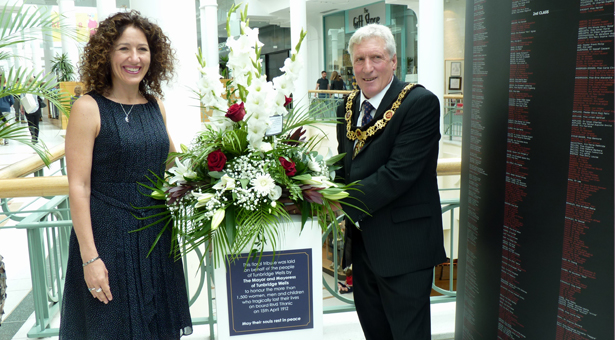 This Summer, West Kent’s largest shopping centre is hosting an exhibition of unique photographs of the world’s most famous ship brought to life with a world class display of original artefacts. The international exhibition which opened its doors at Royal Victoria Place in Tunbridge Wells on Saturday 23rd July has less than 2 weeks until it closes on Sunday 21st August before it sets off later this year to tour South America and the USA. The Exhibition at Royal Victoria Place which is its first opening in Kent has welcomed nearly 175,000 visitors during its first three weeks.

Although the emphasis of the exhibition is based around the beauty, opulence & splendour of this truly magnificent ship, the tragedy itself is comprehensively covered with a poignant display, containing lifeboat plaques, unique original period photographs taken on board the rescue ship ‘Carpathia’, a passenger list, memorial postcards and even a gold pocket watch, dropped by a 1st class passenger as he rushed to secure a place in one of the last lifeboats to leave the sinking ship, only to be picked up by one of Titanic’s crew members and the original sheet music of Bandleader Wallace Hartley which he carried with him that night and was tragically recovered along with his body some 10 days later. 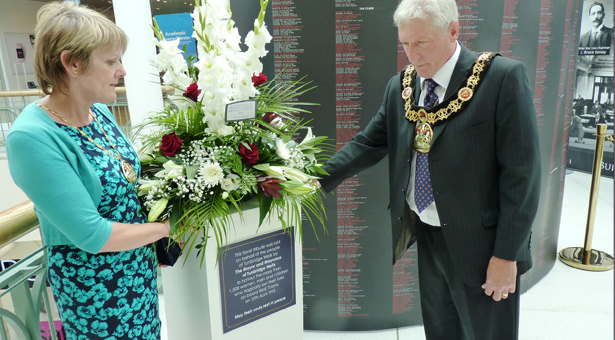 To honour the more than 1,500 lives of women, men and children who lost their lives on board the RMS Titanic, The Mayor and Mayoress of Tunbridge Wells visited the exhibition on Thursday 11th August to lay a floral tribute at The Memorial wall on behalf of the people of Tunbridge Wells. The Memorial Wall lists the crew & passengers of Titanic, driving home the cold truth of just how many survived & perished on that fateful night of 15th April 1912. During the visit The Mayor and Mayoress toured the exhibition and also met with relatives of those who lost their lives on board Titanic to include local Sue Reeves from Tonbridge. 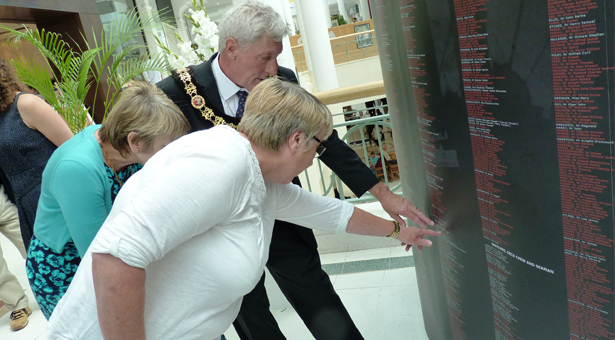 Marc Burchett, Marketing Manager of Royal Victoria Place commented: “We felt it was so important to remember those that had been impacted by Titanic and the more than 1,500 lives which were tragically lost the night Titanic sank in 1912. So many visitors and locals have recalled to us their family connections with Titanic and sadly some of those were of relatives who died. This visit by the Mayor will allow us to honour those lost lives and remember them.”