British Science Week was celebrated in style at Babington. Pupils experienced many aspects of science to encourage them to question, investigate and think.

The Prep and Senior School enjoyed a whole host of science, technology and engineering activities during British Science Week.

For the Senior School, teachers stepped away from the curriculum and hosted a true scientific spectacle. Some of our girls took part in a ‘Colour Craziness’ workshop where they were able to make their own natural dyes, colour-changing jewellery and some incredible patterns with just milk, food dye and fairy liquid. 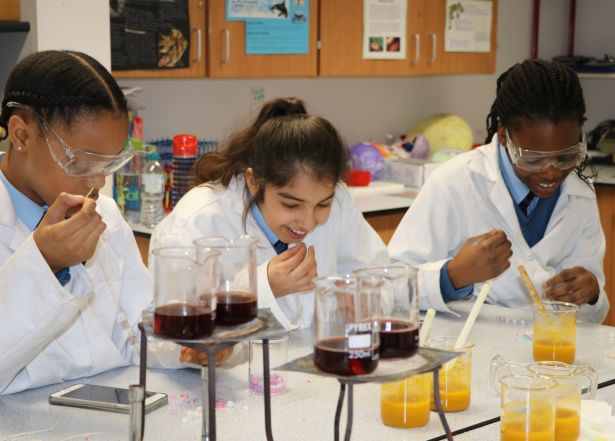 For some, the most memorable part of the week was the ‘Into the Body’ workshop where pupils got the rare opportunity to dissect an array of body parts including eyes, kidneys, hearts, and an entire mouse! It was lovely to see the girls enthusiastic and having fun, exploring basic biology for themselves.

For those more squeamish, pupils enjoyed competing in a Bottle Rocket competition. Using only bicarbonate of soda and vinegar, pupils built and fired their own bottle rockets. While there were some that had trouble getting off the ground, others soared beyond the trees to the delight of their engineers.

Meanwhile Years 3 to 6 helped solve a terrible crime in Laboratory 1. In groups, pupils had to use deductive reasoning and scientific skill to solve the mystery of the ‘Murder at Babington’. Luckily, their experimental skills were up to the challenge and they were all able to reveal the terrible truth; UV light uncovered invisible ink on the murder note left by Mrs Hotham, the school Librarian! 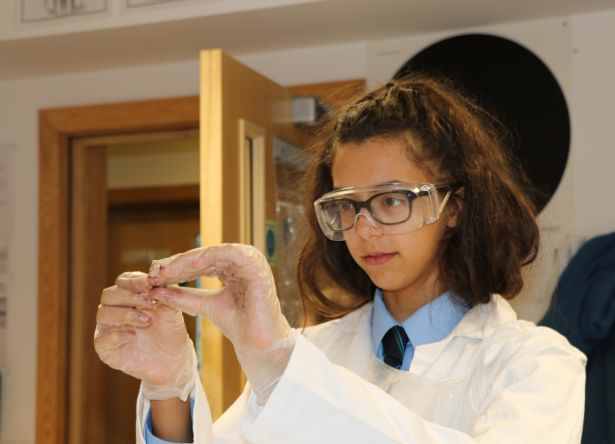 We were delighted to welcome First Edition for an engineering challenge day. Pupils from a range of year groups worked together, using their engineering skills to construct a marble run roller-coaster from nothing but paper and masking tape. Congratulations to Team Anning for coming first in both timed rounds!

Leading scientists also visited to inspire our budding Senior School scientists with their own career experiences. It was certainly a week for all to remember! 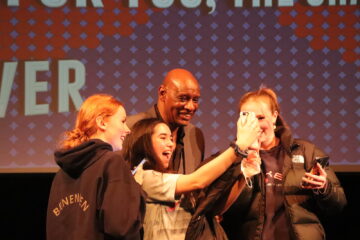 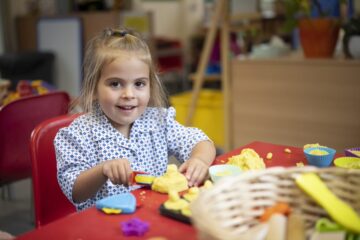 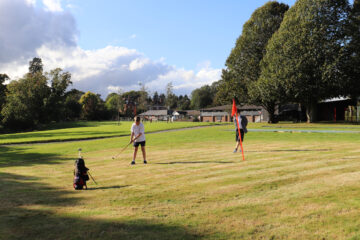 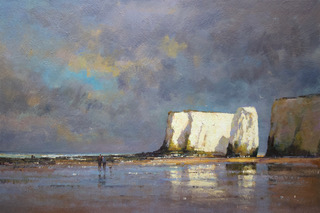