On Monday 19 September The Orchard Theatre hosted its Winter Season Groups and Press launch, Susie Amy starring in Rehearsal for Murder joined us as well as Head of Programming Brendan Riding from Bill Kenwrights Ltd who will be bringing

Sound of Music, The Glenn Miller Story, Blood Brothers and Joseph And The Technicolor Dreamcoat. We was also joined by Producer Joshua Andrews from Peter James Not Dead Enough, we also had Richard Alston’s Executive Director (and former dancer) Isabel Tamen. We also had Richard Darbourne, producer for ATG and one of the producers on Sunny Afternoon. Matt Forbes Associate Puppet Director for Babe and producer Tom O’Connell and a special guest Jamie Raven performing some magical tricks to finish the evening off for us. 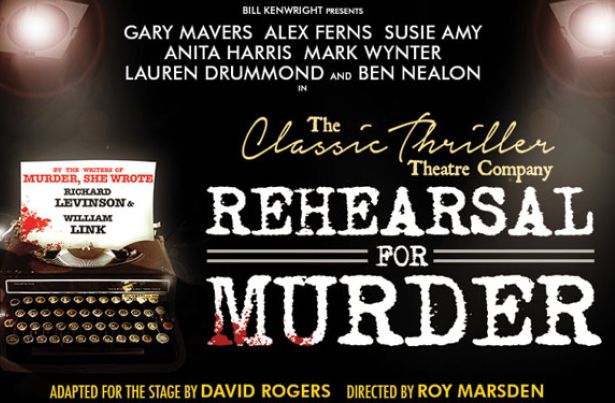 Chris & Pui present their family show with songs, comedy sketches, a dash of magic and heaps of joining in for all the family on Sunday 18 September. Familiar Chris & Pui TV characters including Incy Wincy, Twinkle, Old MacDonald, Humpty, Granny Humpty will be dropping in along with the toys – Tom, Momo, Teddington, Stuffy and Miss Mouse.

In 1976 Brotherhood of Man won the Eurovision Song Contest with their much loved song ‘Save Your Kisses For Me’.  Making this their 40th Anniversary year they are proud to boast the original Eurovision line up of Nicky Stevens, Sandra Stevens, Martin Lee and Lee Sheridan on Sunday 18 September.

Prepare for a nostalgia party extravaganza as the legendary That’ll Be The Day returns with its Brand New 30th Anniversary Special at The Orchard Theatre on Sunday 25 September.

Bill Kenwright’s production of one of the greatest family musicals of all time, The Sound of Music will be at the Orchard Theatre from Tuesday 27 September – Saturday 1 October. BBC1’s The Voice runner-up and award-nominated Lucy O’Byrne continues in the role of Maria in this spectacular five-star production.

Pre-show dining is also available before the show. The Orchard Theatre’s Restaurant provides a range of delicious, unique and memorable dishes, using the freshest local produce and prepared daily by the Head Chef.  Reserve your table when booking your show tickets.

For more information visit orchardtheatre.co.uk or call the Ticket Office on 01322 220000.

Chapel Down announces its launch in the United States of America