Folkestone Skabour, the annual ska and reggae event, is now into its eighth year. The Skabour Co-Op voluntary team, once again, have pulled out all the stops to bring you an outstanding programme of new and international artists and DJ selectors for Skabour 2017.

Headliners include Bitty McLean and his band. A much-loved talent with an astonishing voice and unnerving ability to pen a pop smash, McLean launched himself into the high end of the British charts with a string of top ten hits in the early 90s.

Misty In Roots are British roots reggae band and a much respected, top reggae and popular band from the mid 70s.

Jah Wobble & Invaders Of the Heart. Jah Wobble is a dynamic English bass guitarist, singer, poet and composer. He became known to a wider audience as the original bass player in Public Image Ltd (PiL) in the late 1970s and early 1980s which he formed with John Lydon, formerly of the Sex Pistols. 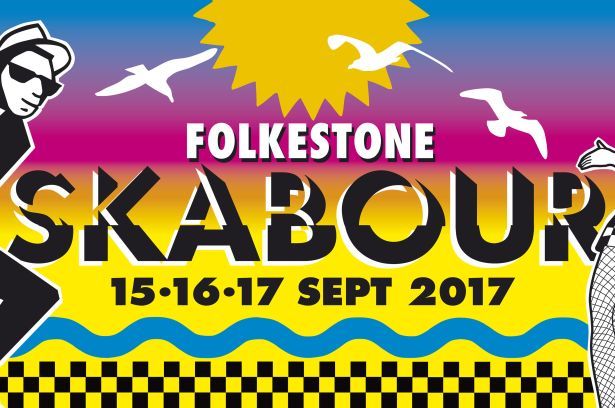 Intensified are Folkestone’s own and are guaranteed to get people dancing and raise the spirits of all around them. Playing authentic 60’s style ska, rocksteady and reggae, the band’s goodtime feel, obvious love of this music and confidence in its wide appeal has led to near legendary status.

There will be many more bands including some from Belgium, France, Scotland and beyond. Plus legend DJ Eddie Oxman the Dubvendor.

Our home and venue at the harbour is The Grand Burstin Hotel with the ballroom main stage area for 1,000. The Lounge Stage 2 area for DJs and Skabour Mart. Cafes, restaurants, bars, pubs and clubs celebrate the Skabour festival weekend atmosphere bringing thousands to the harbour and Town.

A film showing of “Dance Craze” in the Grand Burstin basement functions room and bar for Skabour residents.

Where the SKA meets the SEA!