Westerham might be a relatively small town with a population of around 5,000 or so, but its enviable location close to the M25, picturesque, quintessentially Kentish surroundings, picture-postcard looks and vast range of facilities and amenities make it a must-visit town. 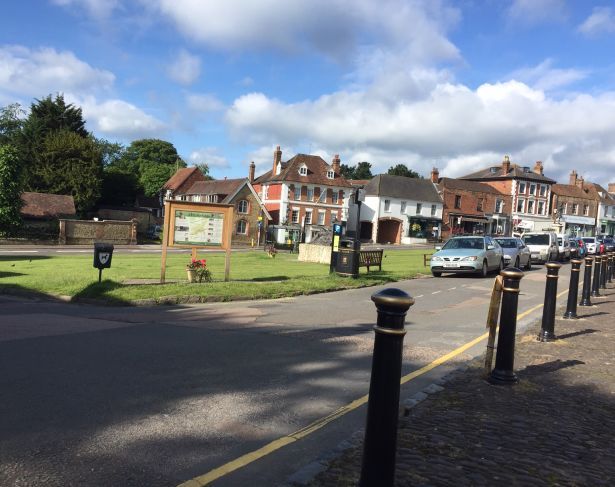 The town has always been an important location for settlers due to its location right along the River Darent, and evidence exists to show that some form of early village was created here as early as 2,000BC. Westerham is even mentioned in the Domesday Book and at that time it was known as Oistreham, which translates as ‘westerly village’.

In 1227 the town really came into its own, however. This is when Henry III granted Westerham a market charter, meaning that it became a place where cattle could be bought and sold. As with any market town, inns and hostelries began to spring up along the main road and the footprints of these early buildings have in some cases been used to create the buildings we can see today.

Many notable people have chosen Westerham as their home over the years. The most famous being Sir Winston Churchill and General James Wolfe, the former living in Chartwell, just outside of the town itself, and the latter living at Quebec House. Other famous inhabitants include Freda Lingstrom and Maria Bird who created BBC Children’s TV – they even called their production company Westerham Arts, Alice Liddell who was the inspiration for Lewis Carroll’s Alice in Wonderland (she lived at The Breaches for a short time just before she died) and record producer Brian Higgins who was responsible for albums produced by luminaries such as Texas, Kylie Minogue and the Pet Shop Boys). 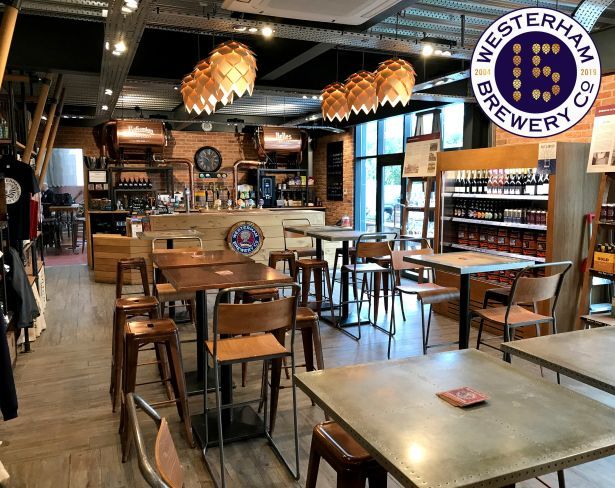 Westerham Brewery is a producer of award-winning ales and lagers located on Beggars Lane. Founded in 2004 by Robert Wicks, Westerham Brewery continues a long-standing brewing tradition in Westerham, picking up where the Black Eagle Brewery left off in 1965. Using the finest, locally sourced ingredients and water from the brewery’s own borehole, Westerham Brewery has revived many of the much-loved flavours of the old Black Eagle Brewery. There is a tap room adjacent to the brewery where customers can sample beer fresh from the tanks while browsing the wide range of gifts and merchandise on offer. The tap room and shop also stock wines from small producers and British craft spirits, regularly playing host to events such as brewery tours and street food on weekends. Furthermore, almost all of the Westerham Brewery bottled, keg and can beers are gluten-free and vegan friendly.

General James Wolfe was the hero of the Battle of Quebec in 1759 and Quebec House was his childhood home, although he was born in The Vicarage in Westerham. Visiting Quebec House will give you an idea of what it would have been like to grow up there during the 1730s. Not only is the house itself interesting, the small garden is gorgeous too. 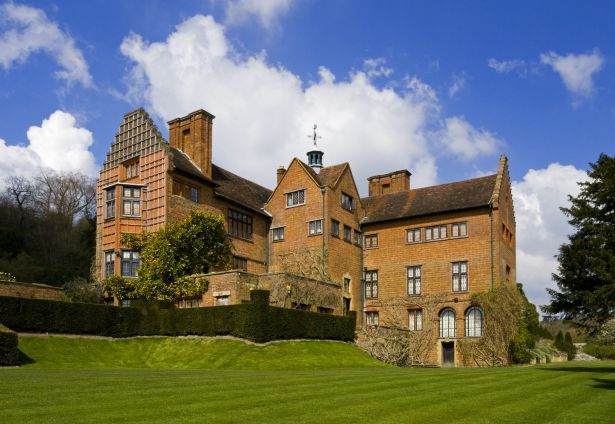 Sir Winston Churchill bought the magnificent Chartwell in 1922 and lived there until his death in 1965. As you walk through the house, you will see mementoes of Churchill’s life. These fascinating objects don’t just span the war years and his leadership, they also give great insight into Churchill’s intriguing personality.

Opened in November 2018, The Old Bank restaurant has made the Westerham high street a go-to destination for foodies in the town, Kent and the surrounding counties. It offers exceptional contemporary, seasonal British cuisine influenced by French techniques and made using the best quality ingredients available locally. The restaurant is run by head chef and proprietor, Adam Turley, whose career includes working under Mark Flannagan (now executive chef at Buckingham Palace for the Queen), as well as three-Michelin-star restaurant The Waterside Inn in Bray, where he was mentored by Michel Roux senior and his son Alain. He also spent 10 years as head chef at the award-winning Bluebells Restaurant in Sunningdale.

A truly traditional tea room overlooking Westerham’s famous green (complete with the statues of its famous sons, Churchill and General Wolfe), the Tudor Rose serves exceptional cakes and savoury treats, hot and cold drinks and, of course, a gorgeous afternoon tea that includes homemade scones with jam and cream.

A fusion of French and Mediterranean cuisine in the heart of Westerham, Rendezvous has been serving locals and visitors its exquisite food since 1990. The menu is as inviting as the restaurant itself and includes dishes such as crab Florentine, duck leg confit and salmon niçoise.

Kate’s Collection stocks an eclectic mix of clothing aimed at stylish women of all ages. There is a selection of gorgeous and unusual designs for smart casual wear or special occasions. Kate only buys from small designers and ateliers from all around the globe and because of this exclusivity, the production quantities are very small, so you won’t find these wonderful clothes on the high street. The shop is currently selling high summer collections and the autumn collections will be arriving in August. 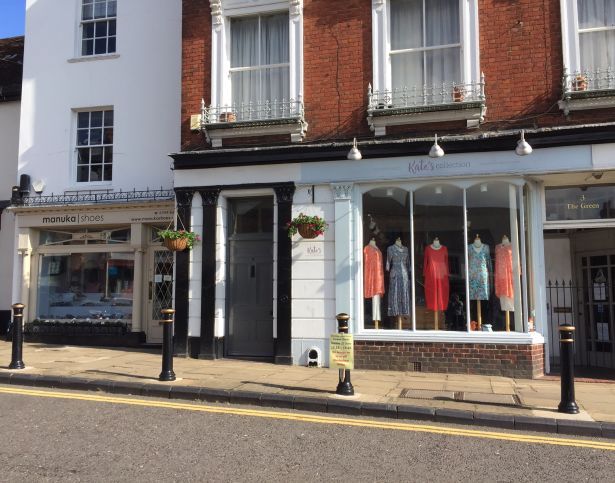 Entre Nous has been established in Westerham for 14 years. The business has grown mainly due to personal recommendations – customers are made to feel comfortable in a relaxed and friendly atmosphere, and the shop appreciates discretion and understanding in this very personal matter. Entre Nous are expanding their Elomi range to offer beautiful lingerie up to a J cup; 80 per cent of women in the UK are wearing the incorrect bra size compromising their shape, support and potentially their health. When it comes to finding the perfect fitting bra, there are lots of factors to consider which is why Entre Nous is here for you.

Manuka Shoes is an independent ladies’ shoe boutique, established in 2004. They stock fabulous boots, shoes, handbags and scarves from across Europe that will complete your look. They work with small family factories and many designs in stock are unique to Manuka Shoes, so you won’t find them anywhere else on the high street. The shop is a friendly and relaxed place to buy beautiful shoes, boots, sandals and slippers in the lovely market town of Westerham.

So well loved is the town of Westerham that it even has its own music festival which takes place at the end of June each year. Known as Westerham Rocks, a number of excellent tribute bands and new acts come to the town over two nights to play great music.

Organised by the town council, the annual Westerham Memory Walk is a charity walk in aid of dementia. Anyone can take part and the route is a circular one starting on the green, heading past the church and then around the playing fields before coming back to the start. Money raised goes towards the local memory café.

Westerham’s high street has everything that anyone could need. From the lovely church – St Mary The Virgin – at one end, to the town’s Co-op at the other, whatever you need can be found here. Restaurants, cafes, clothing stores, a Post Office, takeaways, banks, pubs and much more are all lined up along the main road. Park in the main town car park (free for the first three hours) and take a wander. 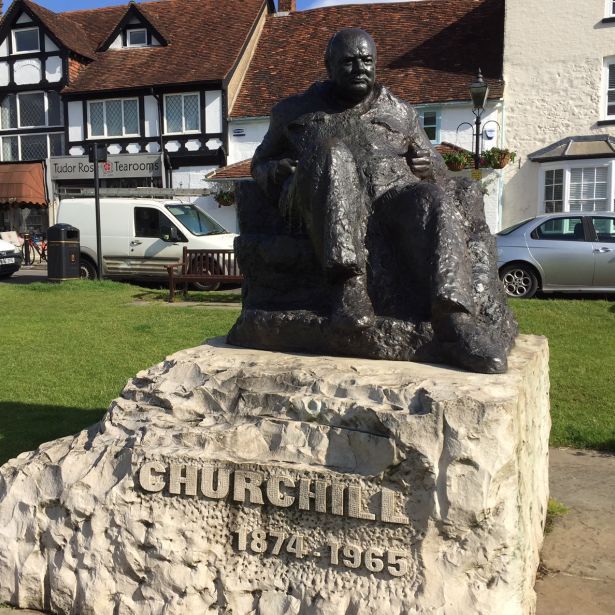 In 1967, The Beatles were filming the music video to their songs Strawberry Fields Forever and Penny Lane in Knole Park in nearby Sevenoaks. John Lennon visited Westerham and found, in one of the wonderful antiques shops, a poster depicting Pablo Fanque’s Circus Royal. He bought the poster and used it as his inspiration for Being For The Benefit Of Mr Kite.

Discover the ideal Kentish staycation for you 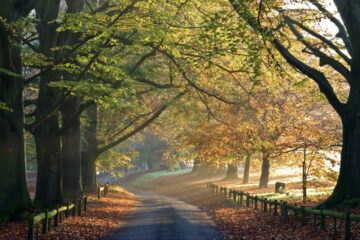 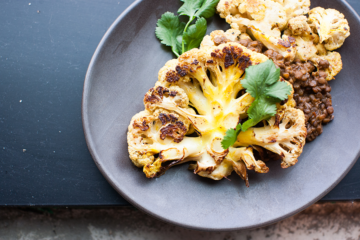 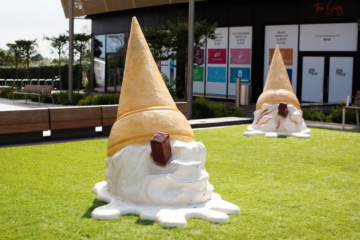 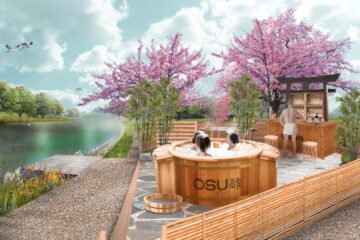 Could taking Japanese baths and drinking OSU apple cider vinegar be the secret to a long and happy life?