Think of Whitstable and the first thing that comes to mind is probably oysters. Delicious, succulent, fresh oysters. But this pretty Kentish seaside town is much more than the sum of its seafood. 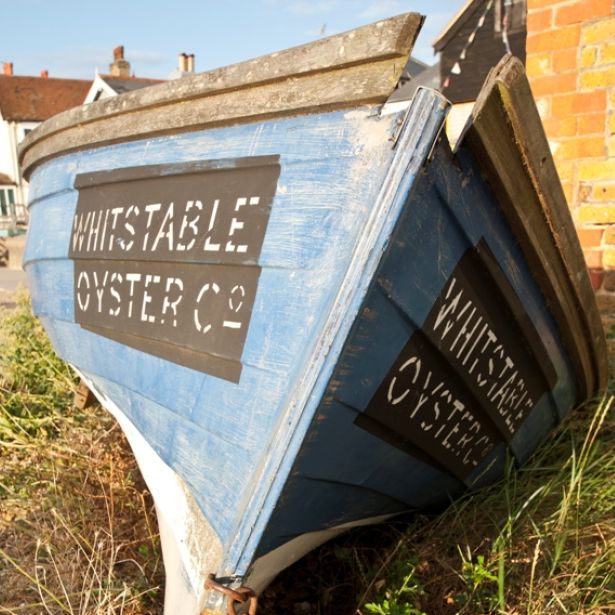 It is impossible to visit Whitstable without feeling immersed in history from the start. There is so much of a story that the town has to tell that it is all but bursting from the buildings and springing from the streets and the sea itself. It’s everywhere. But where did it all begin?

Although the area has – according to archaeologists – been inhabited since as far back as the Palaeolithic era, it wasn’t until the Roman ages when the town really came into its own. This is when the world famous oysters were discovered, and the Romans began harvesting them and making businesses out of them. Other trades in the area included salt production since its coastal position was so good.

Whitstable was known as Witenstaple when it was recorded in the Domesday Book in 1086, and the name simply referred to a landmark – a white post – which was used to offer directions to travellers who were passing through. As time went on and the oyster industry grew, Whitstable became more than a meeting place for travellers and was in fact the administrative centre for the area which reached as far as Blean near Canterbury. It included Seasalter, Swalecliffe and Northwood. A lot of farming and industry went on in the area – pigs were kept in the forest at Blean, Northwood was responsible for the salt works and fishers were found at Seasalter. It was a busy, bustling, thriving area with Whitstable (as it became known in 1610) at its heart.

By the time the 18th century came about, Whitstable and its exports were even more in demand. So much so that a special toll road was built between Whitstable and Canterbury in order to assist with the traffic that was constantly heading in or out of the town, to and from London. Since it was such a popular trading town, people began to visit a lot more to see what else it had to offer, and soon enough it became a hotspot for seaside fun. The first bathing adverts began appearing in 1768, and they worked wonderfully well, bringing visitors from across the South East and beyond. 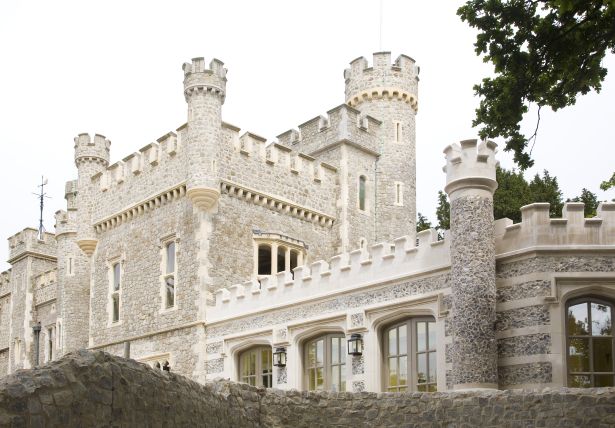 Whitstable Castle, also known as Tankerton Towers, recently underwent a £3 million refurbishment and is now managed by the Whitstable Castle Trust, allowing for a full and unique history of the castle to be available to all. The castle itself is impressive, but it is perhaps the gardens that are the most famously enjoyed part of the place. There is a play area for the little ones and a well-stocked tearoom serving homemade delicacies and a special afternoon tea. The castle often has special events on, and it is always worth a visit.

The Crab & Winkle Way is a cycle route that stretches from Whitstable to Canterbury for a good seven miles of traffic-free enjoyment. Available to riders of all abilities, this is a great chance to see East Kent from a different perspective. And don’t forget to look out for the handmade wooden sea creatures that are dotted along the route!

The Whitstable Museum & Gallery is a fascinating glimpse of Whitstable past, present and future – with special details available about the town’s maritime history. Here you can see exhibitions about how Whitstable grew into the town it is today, including information about the seaside holidays, the oyster fishing industry, shipbuilding, the steam railway, and the memorial to local resident Peter Cushing. There is even a fire engine to clamber around on and the chance to hunt for fossilised sharks’ teeth.

Whitstable Harbour is a lovely place to visit. It is a working harbour, so it is possible to see exactly what goes on on a daily basis, as well as getting an insight into just what makes Whitstable the town it is. Visit the Royal National Lifeboat Institute’s office and discover what it takes to be part of the RNLI. And as for fishing and wildlife, there is plenty of each. You can even spot baby seals that sometimes swim into the harbour. 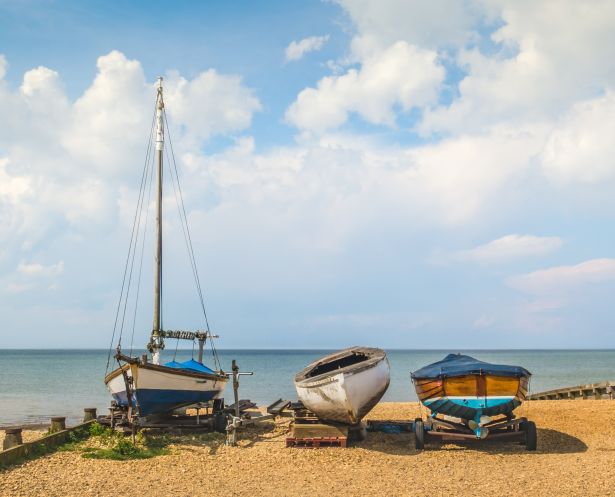 This fantastic site is located right in the centre of Whitstable, and it offers a varied programme of cultural and community activities and events. For more than 10 years it has been a hub of entertainment and information, becoming known as a quality venue for the arts, social, learning and leisure. Events include galleries, workshops, talks, live music, screenings, a theatre space and a popular café. 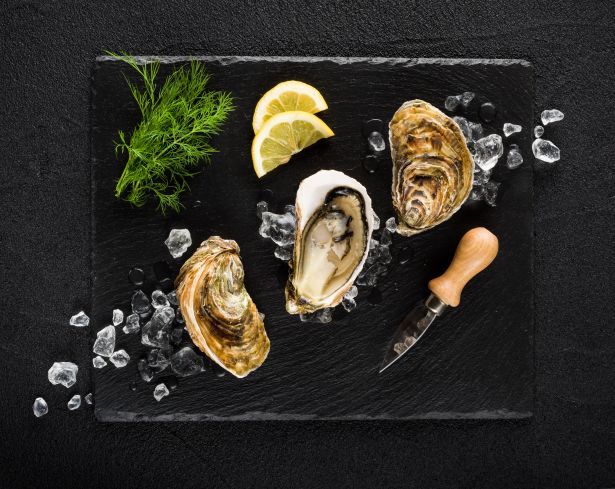 Birdies is a lovely little bistro that has both indoor and outdoor seating. Chequered tablecloths, handwritten menus, specials chalkboards, photographs of Whitstable past on the walls… It’s all incredibly charming. Not only does it look the part, the food here tastes superb too. Freshly caught and cooked fish, lobster and of course oysters adorn the menu and the choices are a wonderful mix of modern and traditional cuisine.

Simple food made with great produce… that’s the ethos of Samphire, and it’s something they do very well indeed. The seasonal ingredients all come from local farms, allotments and producers, and the menus are constantly changing to reflect the season and the produce available. Food on the current menu includes Indian spiced mackerel with pickled beetroot and raita; Stour Valley pigeon Saltimbocca with apple verjus and lentils; baked aubergine with rose harissa, fregola, pomegranate, yogurt and mint; and day boat fish of the day.

Alimo is an authentic – and authentically lovely – Moroccan restaurant in Whitstable. The food is tasty and filling and the surroundings are impressively comfortable. Although the main dishes are Moroccan inspired, other items on the menu are a fusion of Mediterranean cuisines so there is definitely something for everyone. Enjoy Moroccan briwat (pastries), feta cheese, lentils and baby spinach with harrisa and yoghurt dressing; pan-fried squid, garlic, chilli and white bean cazuella; kofta tagine lamb meatballs cooked in fragrant herb and spiced tomato sauce topped with a cracked egg; and pan-fried lamb’s liver in creamed almond sauce with carrots and green beans.

This world-famous restaurant, also called the Royal Native Oyster Stores, has been around for a long time now, and the Whitstable Oyster Company itself has enjoyed over 500 years of success, so when it comes to eating the finest, freshest fish this is the place to come. As you would expect, you can start with half a dozen Whitstable Oyster Co. rock oysters, but as well as oysters you can choose from a number of other items on the menu. This includes moules with local cider, cream and mustard; pan-fried local skate with butter and capers; whole cracked cock crab with mayonnaise; and a salted caramel chocolate pot with pecan praline dust and Jersey cream.

The East Coast Dining Room is a modern and friendly place to enjoy dinner – the service is non-intrusive but attentive, the food is delicious and fresh, and the décor is relaxing. All in all it’s a wonderful place to stop by and enjoy a plate of something lovely and a bit special. The menu includes dishes such as leek and cider soup; crumbed quails egg and pickled apples; roast mallard breast, mashed potatoes, confit carrots and winter greens; and whisky and treacle tart, date compote and cinnamon crème fraiche. 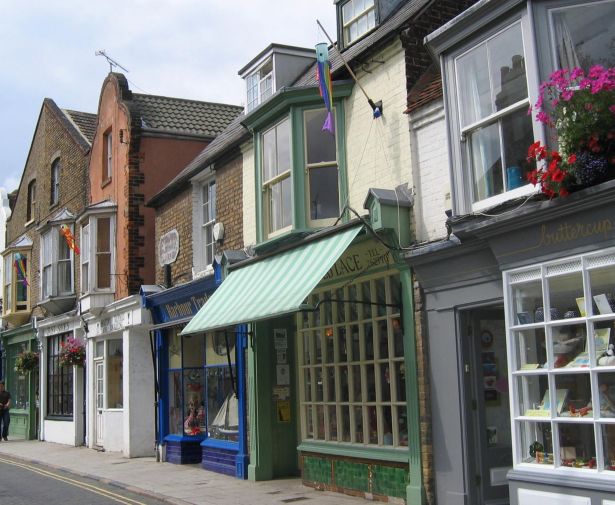 One of the most – if not the most – important, colourful and famous events in the Whitstable calendar is the Whitstable Oyster Festival. This annual event, held each summer, is two weeks of celebration of the not so humble oyster. The celebration involves plenty of live music, stand-up comedy, outdoor cinema screenings, games and events and of course a lot of oysters being shucked and eaten. Last year saw 80,000 visitors to the festival, and this year promises to be even bigger still.

Ever since the first regatta back in 1792 (which involved 26 boats from Whitstable and Faversham), there has been a boating event in the area in August. But it’s not just boats – there are fairground rides, food stalls, craft events, an air display and a fireworks display too.

It’s all go in Whitstable in the summer, and the addition of the wonderful carnival to proceedings is a delight. With a parade full of fun floats, stalls, displays, live entertainment and the crowning of the carnival queen there is plenty here for the whole family.

Whitstable’s gorgeous town centre is so lovely that it has to be visited. Once seen, it will never be forgotten. With its winding, quaint little streets and its unique and fascinating shops, here is a place that doesn’t need to ‘modernise’ to keep up with trends. It sets its own trends. Come to Whitstable and you’ll discover treasures and gifts in abundance.

For a fantastic selection of gifts and homeware, Copperfields of Whitstable is not to be missed. Offering brands such as JosephJoseph, Stellar, Sabatier, Chasseur and lots more, this award-winning independent shop is open seven days a week and is the perfect spot for kitchen and home inspiration.

In 1830 the world’s very first steam-hauled passenger service freight train opened. It was part of the Canterbury and Whitstable Railway Company and it was hailed as a revelatory innovation. It ran for six miles between Westgate in Canterbury to the centre of Whitstable and it proved immensely popular.