Globe-trotting laughter master Stephen K Amos returns with his new tour show. In the last twelve months, Stephen has performed his unique brand of feel-good comedy all over England, Scotland, Wales, Switzerland, Austria, Denmark, Holland, Germany, Belgium, Greece, Spain, Australia, Tazmania, New Zealand, and the Seychelles. What did he find when he got there? People. People like you and me and some of them said the most ridiculous things. To his face! All that, and more in a brand new tour show for 2016-2017. 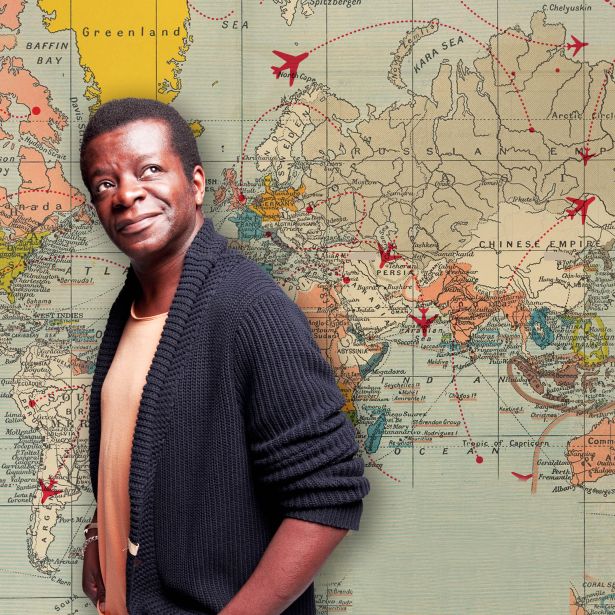 “Born to entertain” The Guardian

“As his autobiographical sitcom plays out on Radio 4, Amos is officially becoming a national treasure. Expect more warm insight and spiky charm here.” The Sunday Times

As seen on Celebrity Storage Hunters (UKTV) Alan Davies: As Yet Untitled (UKTV), Live At The Apollo BBC1, Have I got News For You? BBC1.

What Does The K Stand For? (BBC Radio 4) Series 3 coming soon!

For such a mild-mannered chap, Stephen K Amos has recently been feeling quite annoyed. Thankfully, this talented comic who has been wooing audiences across three decades now, is not keeping that annoyance to himself; instead he’ll be offloading it onto his crowds for a new national tour entitled World Famous.

“For the first time in a long time, I am feeling really annoyed,” he confirms. “So when I’ve been trying out new stuff with audiences, I’ve been warning them, ‘you know what, I’m pretty annoyed at people’. And for some reason they all laugh at that, perhaps because I’m not normally seen as a confrontational type.”

The main source of his current ire is social media with its pack mentality and irrational hunting down of individuals for a comment they’ve made, an opinion they’ve expressed or, sometimes, just for having the temerity of being alive. “I’m in despair about the world at the moment, and mainly annoyed at what people are prepared to say and do on social media. I see some of my comedy friends on Twitter getting into conversations with complete strangers and, really, what is the point in that? If you don’t like my stuff, you don’t have to go online to tell me. But people go out of their way to set up a Facebook page to tell everyone, ‘I hate so and so’. There are so many other things to get excited about that effect all of us: like Britain having a new PM that we haven’t voted for, or potentially having Trump as leader of the free world.” 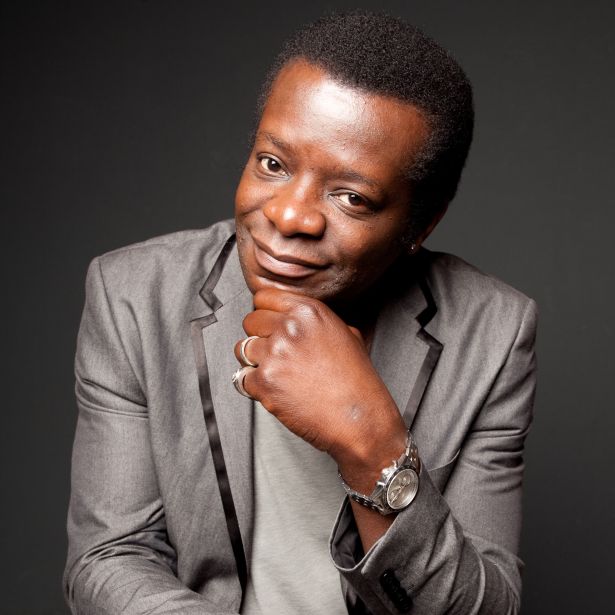 This unnecessary taking down of people isn’t just restricted to social media. Stephen also cites the case in Australia of an audience member who made a point about austerity on that nation’s version  of Question Time. “This guy just asked a simple question about him not being able to feed his kid and he got a round of applause. Somebody who saw that programme set up a GoFundMe page that raised over $300,000 in 24 hours for his family, and by the Sunday, a national newspaper had done a hatchet job on him. And all he had done was ask a question on a TV programme.”

Despite the mental fatigue he’s feeling for the state of the planet, Stephen is still driven by hunger and enthusiasm for the stand-up world he has been a part of since emerging in the late 1990s. And he’s getting particularly excited by the thought of performing for audiences who have very mixed opinions.

“The only good thing about hearing that people voted Brexit or that there are people who would vote for Trump is knowing that those people are out there in my audience. Gone are the days when you had like-minded friends who share all your beliefs and now you just can’t preach to the converted. That makes for a great challenge to me as a performer. I’m not one of those comics who say something just to create debate or whatever; I’ll back up what I say or believe in and I’m open to hearing your point of view without abuse or denigration and with respect.”

For World Famous, Stephen will also be reflecting on some of the fairly extraordinary things people have said to his face recently, all of which debunks any suggestion anyone might have that we live in a wholly enlightened era. “I was asked to do a breakfast TV show in Australia and the make-up guy just said, ‘you’re fine as you are’. I said, ‘no one goes on TV fine as they are. Just admit that you don’t have make-up for black skin.’ And on a live show, somebody said to me, ‘oh Steve, didn’t I see you in that Hollywood movie?’ I was a bit puzzled and he pointed at me and said, ‘12 Years a Slave?’ That’s just a couple of examples.”

Once his World Famous tour is over, he aims to take another stab at America and head over there for six months to try and get his name around for some work. “I have a hunger right now for America and to represent British stand-up. There’s Eddie Izzard and maybe James Corden with his talk show, but still not many British comics have broken through over there. I noticed that Bill Burr came over to the UK in the summer and sold out these big venues, but why is it not the other way around? There are so many good British guys who would do well over there.”

And it’s not just the world’s stand-up stages that he wants to dominate, as he has ambitions to do more acting work, having previously trodden the boards in One Flew Over The Cuckoo’s Nest, been heard on radio with What Does The K Stand For? and appeared on screens in Daniel Sloss’ web comedy MUFF. “I would love to do more acting but I’ve been touring every year since 2005 and so I’m never really around long enough which is why I’ll try America for six months for some casting opportunities. If they’re after a suave, black James Bond figure, then give me a call. Idris Elba can’t always be flying the flag on that.”

But before he pursues those ambitions stateside, he will be lavishing upon audiences what one critic dubbed his ‘warm insight and spiky charm’. “I don’t mind that description at all. It’s very much a conscious thing as I’m aware of the perception of me being a very happy-go-lucky, carefree sort of guy. But I have a point of view and sometimes I want to make a statement about something. However, I never forget that it’s a comedy show and people have paid to laugh; I don’t want to just stand in front of an audience who will simply agree with everything I say. I want to throw spanners in the works and have a mixture of people in front of me of different ages and from different backgrounds. I want them all to be laughing at the same things, and when you’ve done that, with thought and humour, then you’re onto a winning streak.”

It’s a winning streak Stephen K Amos has been on for a very long time, and World Famous looks set to keep him firmly on it.