The winners of Produced in Kent’s Taste of Kent Awards were revealed in March, after being recognised as Kent’s ultimate food and drink champions at this year’s black tie event, which was held at the Kent Event Centre, Kent Showground, Detling.

Stephanie Durling of Produced in Kent, comments: “We would like to congratulate the winners and all the finalists. This year’s awards have once again attracted thousands of votes from across the county and beyond and the results were once again extremely close.

“The people of Kent have chosen the flavours, products, produce and venues they have enjoyed the most over the last 12 months. The awards not only highlight the finest produce the county has to offer but, for the winners, the awards are the ultimate stamp of approval from their customers and confirmation of their food and drink excellence.” 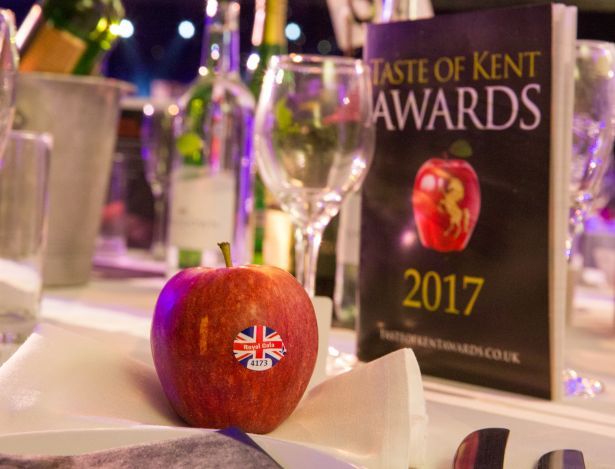 Erica Dennett, partner at Cripps, said: “At Cripps we are stalwart supporters of the local food and drink industry and are proud to have been the main sponsor of the Taste of Kent Awards for the sixth year running.  The quality of this year’s finalists has been very impressive.”

Stephanie Durling adds: “We would like to thank everyone who nominated and took the time to vote. It’s fantastic to see just how much people appreciate the produce of Kent. We would also like to thank Jason Freedman owner of Curiously Kentish for preparing an exciting Kentish dinner for us again this year and students from Mid Kent College. We would also like to extend our thanks to the Kent Event Centre and the Showground for their valuable support. 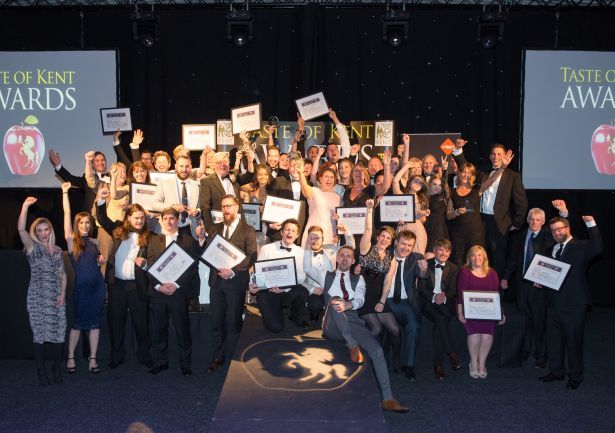 The winners in each category are:

Kent Beer of the Year, sponsored by Rix & Kay Solicitors

Kent Butcher Shop of the Year, sponsored by Stephen’s

Kent Cider or Perry of the Year, sponsored by Wilkins Kennedy

Kent Dining Pub of the Year, sponsored by Page & Wells

Kent Wine of the Year, sponsored by Eurostar

Kent Local Food Retailer of the Year, sponsored by Opies

Kent Fishmonger of the Year, sponsored by The University of Kent

Kent Food Producer of the Year, sponsored by Shopper Anonymous

Kent Restaurant of the Year, sponsored by Thomson Snell & Passmore

Saltwood on the Green, Saltwood

Kent Farmers’ Market of the Year, sponsored by Hadlow College

A wide range of products have also been entered for the Kent Food Product Classes Awards, sponsored by Shepherd Neame. These classes are not open to public vote and products are submitted by the businesses to an independent expert panel who then select an overall winner.

Other awards presented at the dinner but which are not open to public voting, are: