The Art Of Food

Somewhere along the evolutionary road, the necessity and purpose of food turned into enjoyment; food isn’t just to keep you alive, it’s to make you feel alive. The entire experience from the atmosphere, fragrances in the air, table setting, presentation, and of course the flavours, all add up to one of life’s greatest pleasures.

Here in Kent, we’re spoilt for choice when it comes to experiencing the art of food. Three of Kent’s best chefs – Graham Garrett from Michelin-starred The West House; Matt Sworder from award-winning The Corner House; and Patrick Hill of 3AA Rosette Award-winning Thackeray’s – spoke to us this month about what drives their artist creativity and passion in their culinary ventures.

As the drummer with 80’s rock bands Dumb Blondes, Panache and Ya Ya, Graham Garrett was used to rubbing shoulders with the likes of Bruce Springsteen, Freddie Mercury and Talking Heads. He didn’t turn to professional cooking until he was 31, and has since cooked at the likes of Number 10 Downing Street and Buckingham Palace.

Graham Garrett is known for his success at his Michelin-starred restaurant The West House, in Biddenden, Kent. Since its launch in 2002, Graham and his partner Jackie have created their own dining room, allowing Graham to pursue his own vision. His food has gained the restaurant multiple awards including holding a Michelin star since 2004.

Graham’s focus on excellent delivery of the finest ingredients yields results: “When you work with the seasons, it practically writes the menu for you.”

Graham’s reputation has afforded him many media opportunities, including among them prestigious television show Great British Menu and Ramsay’s Best Restaurant. However he is most likely to be found in his kitchen, creating wonderful food. 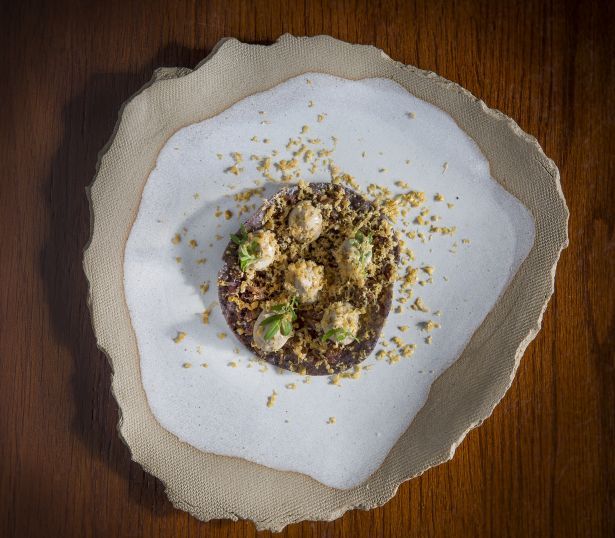 Inspiration always comes from the ingredients, and how the flavours and textures will work together. We then experiment with cooking methods to find the best way to achieve the most flavour. It’s then about tasting everything together to ensure all the flavours are balanced.

When we’re happy that everything works, it’s then a case of getting it to look good on the plate.

This starts by choosing the right plate, this can make a massive difference to the finished dish. It’s then doing what you think looks best, sometimes this can take a few attempts.

I always find it easier to work with bright and colourful ingredients as they tend to look more striking when plating up. Things like different coloured carrots and beetroots always look more appetising.

Choose the right plate for the job.

Don’t try to put too much on the plate – three or four things is enough. If it doesn’t add anything, don’t put it on there.

Always keep in mind how the dish will eat. There’s no point making something look great if you can’t eat it.

Matt Sworder opened his first restaurant, The Corner House, in Minster in 2013, at the age of 27. Within one year of opening, the restaurant appeared in The Waitrose Good Food Guide and achieved a listing in the Michelin Guide. More recently, it was named Kent Restaurant of the Year in the 2015 and 2017 Taste of Kent Awards.

Following a period working at his father’s restaurant, Matt furthered his experience working with more top London chefs including Anthony Demetre at Les Deux Salons and Adam Byatt at Bistro Union.
Matt decided to return to Kent to set up his restaurant where he could make the most of the fantastic produce available. He’s passionate about supporting the local area and sources much of his produce from a 20-mile radius. He is an avid reader of cookery books and admires Tom Kerridge’s ethos of simple things done well, which is what diners can expect at The Corner House. 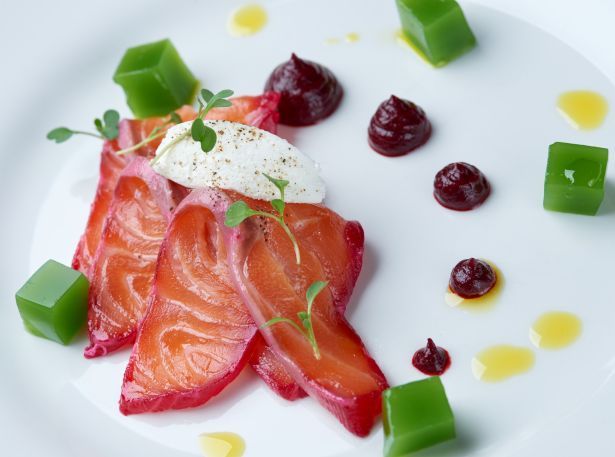 A Corner House dish is all about trying to keep the ingredients clean and simple and we reflect this ethos into the presentation of our dishes. We plate different presentation options before we finalise how a dish will look and will collaborate as a team on this to bring new ideas to the table all the time.

For sure, some dishes it’s all about a star ingredient and from the star ingredient you can work from there. It’s also really important to think about how your guest eats the dish and how you want them to experience the combination of flavours. Presentation is key to this so its not only about making it look as good as it can, effective presentation also has a very practical aspect to it.

Think about how you want your guest to eat it – for example, if there are combinations you want them to experience together, put them together on the plate.

Simple is beautiful and less is more – don’t overcomplicate.

Born and bred in Kent, Patrick started his career like most budding chefs by washing pots at the local pub at the age of 15. At 18, Patrick went on to study at Westminster Catering College while working at Thackeray’s at the same time, not only honing his technical ability but also gaining invaluable vocational experience.

Patrick joined Thackeray’s as a commis back in January 2010 at 18 years of age under the guidance of head chef Chris Bower, quickly working his way up the ranks, and after one year at Thackeray’s he went to sister restaurant The Hengist as senior chef de partie. After six months he was promoted to chef de tornant of the group roaming around all four sites at the time.

Patrick returned back to Thackeray’s full time in September 2011 when he was soon made sous chef in spring of 2012 at the age of 21, and was part of the team who won the Michelin star in the autumn. He worked under Daniel Hatton for another two years as sous chef, then departed in the summer of 2014 to further his experience. He landed his first head chef role later that year and honed his skills, to then return back to his old stomping ground at Thackeray’s in Jan 2017 to head up the kitchen. 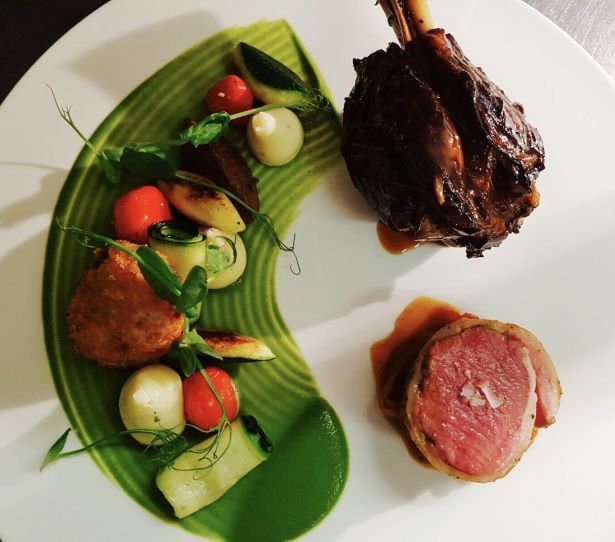 My inspiration comes from the food itself – for example, every tomato will be a different shape, every leaf of wild garlic will be a different size. So when plating you have to be fluid with each dish, sometimes take a step back and re-evaluate the design and sometimes tweak it. It’s also like painting a picture, some colours and shapes go together, and some do not. You don’t want your plate to look like a rainbow, it’s nice to have a ‘palette’ of colours in mind, with perhaps one additional blast.

Of course. Prettier things are far easier to plate due to their nature – for example a baby carrot is more refined than a donkey carrot and needs no labour in presentation.

In the spring I find the plating easier due to the burst of greens which always brightens up the dish, along with the vegetables and herbs that grow at this time of year. So when plating wild garlic flowers with their emerald stalks and brilliant white petals, or the new season jersey royals that are simply beautiful with their skins on, life is made much easier.

On the flip side in the autumn/winter where all the vegetables grow underground and don’t see any sun, they therefore don’t contain chlorophyll, which in turn means that these vegetables are dull in colour and quite often ugly. This means as a chef I need to put more thought into the presentation as these vegetables don’t naturally lend themselves to a pretty plate of food. Whether it be having to turn vegetables or having to cut them into a neat dice this is the type of route we have to go down during these months.

Always put the tallest element at the back. When your guests are sitting at the dining table they want to see the whole plate in its entirety. This is made possible by plating from front to back, shortest to tallest.

Don’t over sauce the plate. A nice spoon over the meat to get the temperature up is ample for presentation. Remember, you can always serve more sauce on the side.

Folkestone Creative Quarter is for the seekers, the lovers of the considered and handcrafted

The Art Of Food