Sweeney Entertainments brings a fantastic new show to venues across the UK, featuring the very best of George, Andrew, Pepsi and Shirlie – The Best of Wham!

Can it really be 37 years since George Michael and Andrew Ridgeley formed one of the most enduring pop groups of the 80s? In four short years WHAM! sold more than 28 million records, topping the charts with three albums, four number one singles and eleven top ten hits. They featured in the Live Aid concert of 1985 and were the first western pop group to ever tour in China. Their impact and influence on the 80s era and music today really cannot be over- emphasised. The Best of WHAM! Show includes all those hits, a few B side favourites and a couple of early George Michael bonus songs. 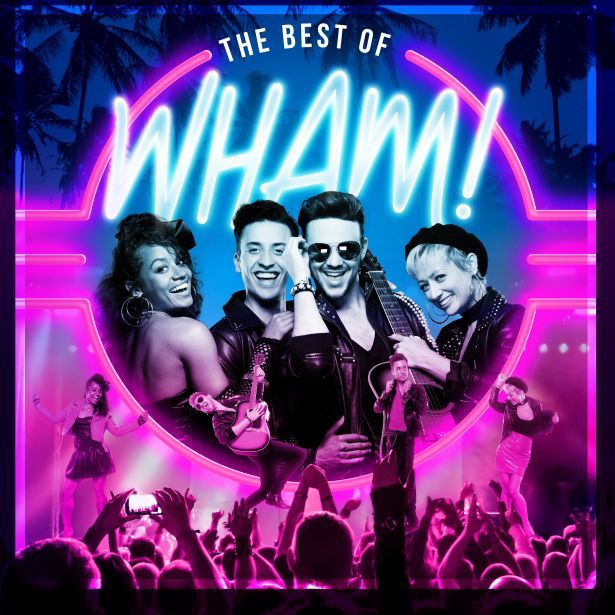 This brand new concert show stars Ben Evans, performing as George Michael. Ben started his career at the age of eight performing in roles including Gavroche in Les Miserables, both the roles of Oliver and The Artful Dodger in Oliver! His career has continued with appearances in a host of TV programmes including lead roles in: Casualty, Teachers, Waking The Dead and most notably, creating the role of ‘Charlie Jenkins’ in BBC Wales hit comedy ‘High Hopes’ which he starred in for 6 seasons and further West End performances that include Mamma Mia! as well as the role of ‘Sam Wise Gamgee’ in The Lord Of The Rings.

With sensational vocals, choreography, costumes and an awesome live band, The Best of WHAM! is an authentic musical journey that truly recaptures the full WHAM! experience. This non-stop 80s party will get audiences singing and dancing to all the greatest hits including ‘Wake Me Up Before You Go Go’, ‘Freedom’ and ‘I’m your Man’.

Sweeney Entertainments, co-founded by Julie and Peter Sweeney, has been providing a wide repertoire of top-quality touring shows for theatre and corporate events for over eighteen years both in the UK and internationally and now boasts a repertoire of fourteen touring productions. The company saw its busiest year to date in 2018 and now has even more performances on offer, at a growing number of venues, and with the strongest audience figures to date. Julie said: “We are thrilled to be presenting this amazing new show to venues across the UK – this is a non-stop WHAM! party that is sure to leave audiences singing and dancing the whole way home!”

This fun-loving, vibrant, mega-mix tribute to the pop sensation of the 80s will be loved by ‘Young Guns’ of all ages, so book tickets now and join The Best of WHAM! at the ‘Club Tropicana’ (*Sorry. Drinks not free.)

The Best of WHAM!

Win for your Mum this Mother's Day!