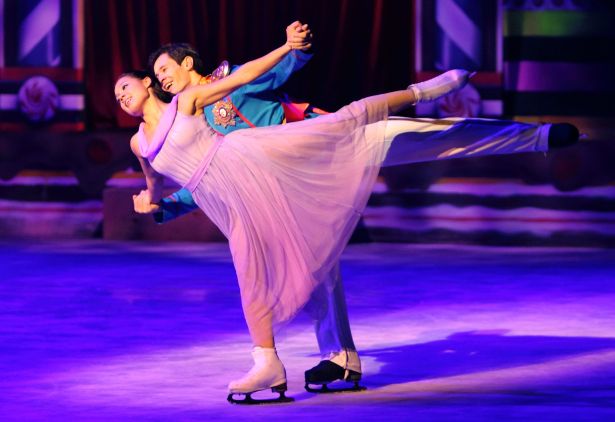 International ice dance sensation, The Imperial Ice Stars, return for a third season at the iconic Royal Albert Hall with their dazzling production of The Nutcracker on Ice for Christmas 2015, as part of their 10th anniversary world tour. The Nutcracker on Ice will open on Monday 28 December for a strictly limited season of 12 performances.

Set to Tchaikovsky’s most famous score, the 26-strong cast of World, European and National Championship-level skaters will astound and mesmerise audiences with their adrenaline-rich, dramatic performance, in the intimate setting of a frozen theatre stage. The Royal Albert Hall is the only venue in the world where a live 24-piece orchestra will be playing alongside the Imperial Ice Stars’ performance.

The Imperial Ice Stars’ renowned Artistic Director, Tony Mercer – the world’s leading creator of contemporary theatre-on-ice – has once again teamed up with four-time figure skating World Champion and dual Olympic gold medallist Evgeny Platov to create choreography that further raises the bar, with ever more breathtaking high-speed leaps and throws, and awe-inspiring acrobatics, coupled with the most graceful and sublime ice dancing.

Tony Mercer said: “The art form of ice dance lends itself beautifully to this well-loved tale.  Not only does the story entail some wonderful romantic ‘adagios’ with lifts and jumps, but the exotic ‘divertissements’ from Spain, China, Arabia, Russia and Egypt allow us to introduce some gymnastics, flying, acrobatics, fire and illusions.”

“Around the world we have found our fast-paced, colourful performances to be an exciting introduction to the classics for the young, and a treat for everyone from newcomers to purists,” he added.

Set in early-1900s St Petersburg, The Nutcracker on Ice follows the classic Russian tale of Marie, the little girl whose love brings to life her cherished Nutcracker doll – a magical Christmas gift from her mysterious godfather, Drosselmeyer.  As midnight strikes on Christmas Eve, the toy comes to life, sweeping young Marie to a winter wonderland of enchantment where she meets the Mouse King, the Nutcracker Prince and, of course, the Sugar Plum Fairy.

The production has been specially redesigned for this magnificent London venue to incorporate state-of-the-art projection, as well as spectacular flying sequences over the arena floor. Sumptuous costumes – including some stunning LED illuminated effects – have been designed by Elena Predvodeteleva, a renowned designer of costumes for theatre, film and circus as well as couture.

To create a 4000 square feet frozen stage, 12 miles of pipe-work chilled to minus 15 degrees are laid out on stage, six tonnes of crushed ice spread over the surface, and 14,000 litres of water sprayed over a period of 34 hours; while the auditorium is kept at a comfortable temperature. 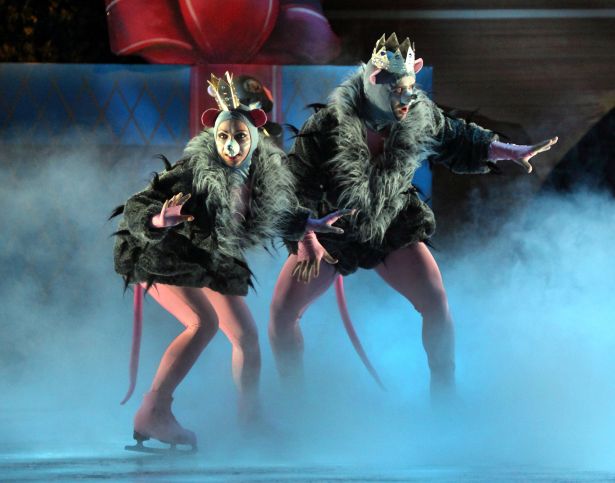 “Creating an ice rink inside the Hall is a technical challenge to say the least, but this transformation of the world’s most famous stage is going to look spectacular,” said Lucy Noble, Director of Events at the Royal Albert Hall.

The Imperial Ice Stars last performed at the Royal Albert Hall in 2012 with Swan Lake on Ice, and prior to that in 2010 with Cinderella on Ice, both of which earned them critical and popular acclaim.  In 2013, the Imperial Ice Stars were the first ice skating company to perform at the London Palladium for 36 years.

Over the last decade The Imperial Ice Stars have performed to almost four million people across five continents, from Toronto to Tokyo, Cyprus to Cape Town, and Singapore to Sydney.  The award-winning troupe has built a worldwide following and established an unrivalled reputation for their sophisticated portrayals of classic works, and for executing the most complex and daring manoeuvres on the ice.  Their previous world tours (Sleeping Beauty on Ice, Swan Lake on Ice, Cinderella on Ice and The Nutcracker on Ice) have been greeted with nightly standing ovations and five-star reviews.

Showcasing world-class skating with sumptuous projected scenery, lavish costumes, ingenious tricks, spectacular flying sequences and agile acrobatics, The Nutcracker on Ice at the Royal Albert Hall is a thrilling theatrical experience that will enchant all ages.

Best Wintry Walks in Kent Revealed by The National Trust