The Smokehouse at The Bull, Wrotham 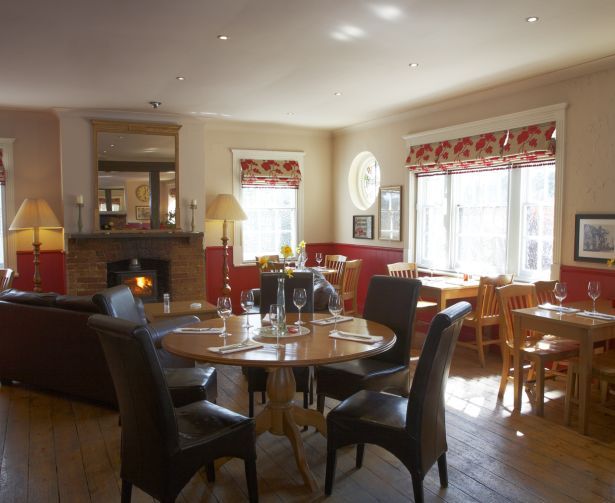 A festival of high-quality meat cooked to perfection by two AA Rosette and Michelin-listed chef, The Smokehouse menu is The Bull’s main attraction and owners Martin and Lygia Deadman are rightly proud of it. The exciting thing about this particular menu (apart from the wonderful flavours) is that the meat is either cooked on the state-of-the-art Big Green Egg barbecue, or in the smoker. Either way, the result far exceeds expectations and blows standard barbecue fare right out of the water.

When my guest and I arrived we were greeted warmly – the staff here are fantastic – and shown to our table where we were told that a tasting menu had been prepared for us. Perfect; no need to choose between the delicious sounding dishes on the menu. We’d have a bit of everything. And a bit of everything is certainly what we got…

But first, refreshment, in the form of craft beers. The beers at The Bull are selected personally by Martin, and they need to be exceptional to make the cut. The ones we were offered were different from any other beer we’d ever tasted – one had a blackcurrant flavour; another had a kick of chilli; the third had coconut in it somehow. Not usually a beer drinker, I really enjoyed these – particularly the chilli version: Siren Brewery’s 5 Alarm for anyone wishing to try it. 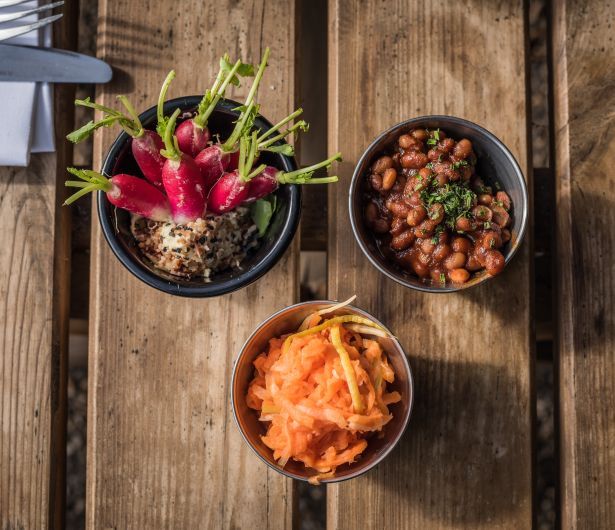 Our starter platter came next. It consisted of generous amounts of green olives, caper berries, padron peppers, fruity chilli chicken wings, fresh chargrilled chorizo sausage and the famous Bull sausage (the secret recipe for which only Martin knows). There was not a dud item on the plate. My particular favourite was the chicken wings; the meat was moist and the skin was just the right side of crispy.

Mains were up next and they looked extremely appetising. We had Welsh wagyu Denver cut with the house rub, which was a revelation. For me, steak is steak; I’ve never raved about them, but this steak was so tender, so juicy and so packed full of flavour that I would have eaten my guest’s portion (and then some) if he hadn’t gotten to it first. There was also an amazing 12-hour cooked smoked pork belly rib, which was actually melt in the mouth. All of the above was served with small portions of mac and cheese, mac and brie, carrot kimchi, red slaw and a wonderful smoked beef brisket with sauerkraut on top. Ooh, and fabulous chips with a choice of sauces. Magnificent. And all homemade. 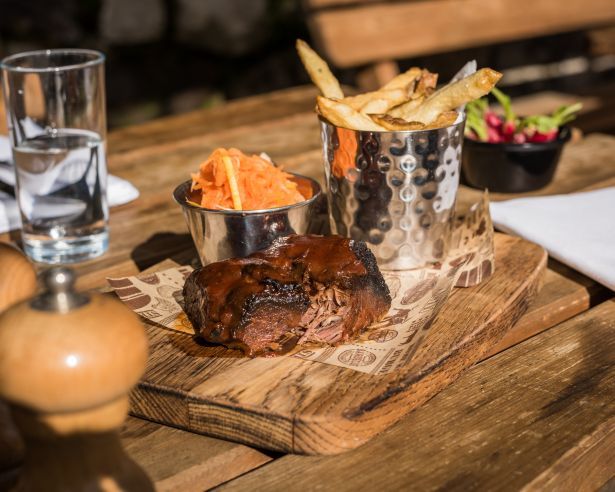 Although fairly well stuffed, we couldn’t leave without at least attempting some dessert to share. We ordered the sticky toffee pudding with vanilla ice cream and the creamy rice pudding with plum compote. Both were sweet in just the right proportions, so that they were moreish rather than sickly, which is a clever pudding skill to pull off.

The Bull is a thirteenth century coaching inn which, history tells us, was first licensed in 1495 by Henry VII. Since then, it has seen many thousands of travellers come through its doors looking for a good meal and a place to rest their heads. Not much has changed in that respect – the hotel is lovely; a truly relaxing place to spend some time, and the food is far more than just ‘good’.

WIN A FAMILY TICKET TO THE KENT COUNTY SHOW

FROM LONDON TO AFRICA: An escape to One Aldwych and an evening with The Lion King

The Smokehouse at The Bull, Wrotham