The Waterloo Tower at Quex Park is a prominent local landmark built in 1819, for the then owner, John Powell Powell (1769-1849), formally John Powell Roberts, who inherited the Estate via his uncle John Powell. 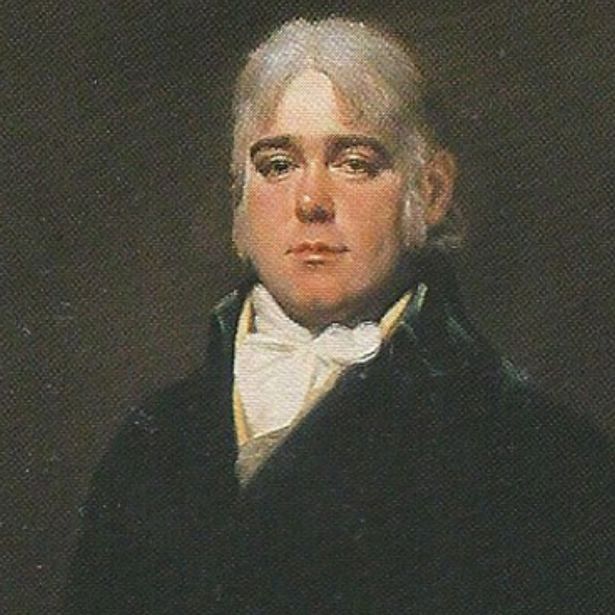 He built the Tower purely for his love of campanology. The Tower was the first with 12 Bells to be built in Kent and one of the only 12 Bell Towers, not attached to a church, still in regular use in the UK.

In addition to bell ringing, John Powell Powell held the position of High Sheriff of Kent in 1822, was a keen yachtsman and collector of cannon. Interestingly, he was born the same year as Napoleon Bonaparte, collected Napoleonic memorabilia and named this unique structure after the Battle of Waterloo.

The red bricks for the building came from the Faversham brickfields and the original twelve bells were cast in 1818/1819 by Thomas Mears of Whitechapel Bell Foundry.

The tenor bell is inscribed “This peal of bells was cast for John Powell Powell of Quex House, Isle of Thanet, by Thos. Mears of Whitechapel, London, for the amusement of himself and his friends”.

On the 4th August 1819, The Waterloo Tower was officially opened with a ceremonial celebration and the first recorded peal was rung by the Royal Cumberland Society. 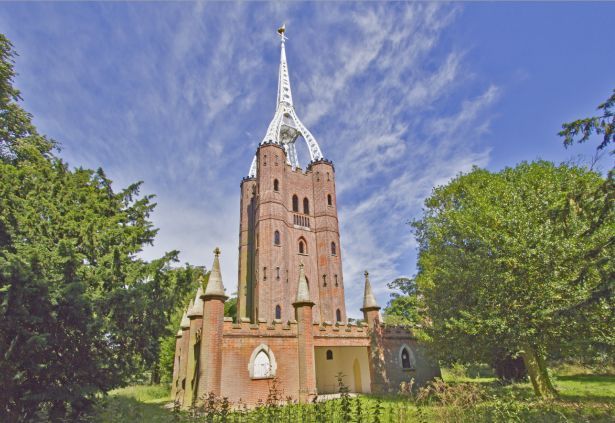 The cast iron spire was added in 1820 a year after the building was completed. The remarkable structure was put together rather like a giant ‘meccano’ set – small cross pieces hold the sides of the legs together. A considerable achievement as it was built long before the days of electricity and cranes.

The four corner rooms at the base of the tower were originally ‘pavillions’ with two exit doors so that, if all the doors were opened, visitors could complete a circuit around the base.

In 1896 one of the corner rooms was consecrated as a family mausoleum and the remains of Henry Horace Powell Cotton were removed from the family vault at All Saints Church and brought here for reburial. In 1916 his widow, Matilda Christina, was also buried here.

Following the death of Major Percy Powell-Cotton in 1940, and his wife Hannah in 1964, their ashes were placed in the mausoleum. In time they have been joined by their children, the last of whom, Christopher, died in April 2006.
This makes the Waterloo Tower very special as a place of family commemoration.

On Sunday 4th August 2019 the Royal Cumberland Society returned for the 200th anniversary of the first 12 bell peal at the Tower in 1819.

Considering the difficult nature in completing a peal, visitors were unable to attend this historic occasion. However, on Sunday 8th September, there will be a party for the Tower held at Quex Barn with visits to the Tower to see the Bell Ringers in action.

The party will be a family friendly event with food, live music, raffle and more. Pre- booked tickets- Adult: £7.50, Over 5’s: £4.50, Family (2 adults + 3 children) £20.00, under 5’s: free. Tickets are available to purchase online now. All money raised will support the Waterloo Tower.Full details of the event can be found at www.quexpark.co.uk