In just three and a half years, Turner Contemporary has welcomed more than 1.4 million visitors. For 2015, the gallery has an ambitious and stellar programme, which continues to bring historical and contemporary art together in new and dynamic ways. 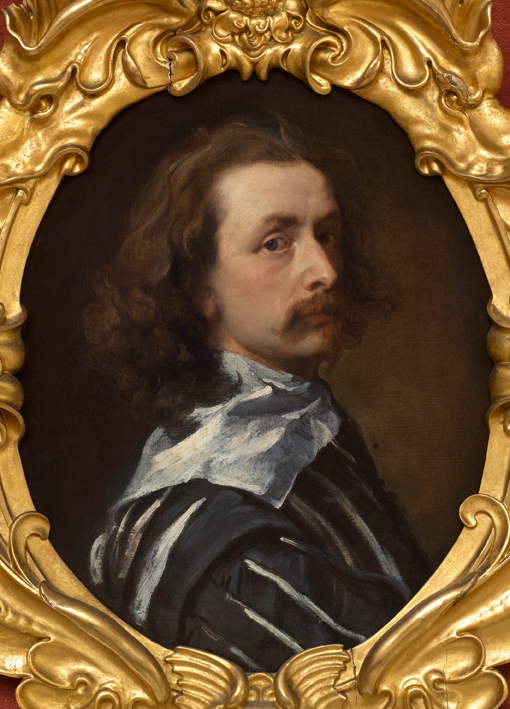 In a world where ‘selfies’ have become everyday expressions and ‘Britishness’ is being redefined, what is the role of self-portraiture and how has it shifted through the history of art to the present day?

In this extraordinary new exhibition Turner Contemporary becomes a frame through which self-portraiture is re-evaluated in the 21st century, sparking conversations on history, celebrity, collecting, gender, mortality and contemporary approaches.

Artists have been recreating their own image for centuries. From self-advertisement and preserving legacy, to figurative studies, political commentary and biographical exploration self-representation has shaped Western art. Central to the exhibition is the last known Self-portrait by Sir Anthony van Dyck (1599-1641), Court Painter to Charles I. Regarded as Britain’s first ‘celebrity’ artist, Van Dyck was also the most influential portrait painter ever to have worked in Britain and his legacy was to last for the next three centuries.

Sir Anthony van Dyck’s remarkable Self-portrait was acquired by the National Portrait Gallery in 2014 through a major public appeal with the Art Fund, and with thanks to a major grant from the Heritage Lottery Fund (HLF) and the support of other major individual and trust supporters, and nearly 10,000 members of the public. Turner Contemporary will be the first venue where visitors can see Van Dyck’s Self-portrait as it embarks on a three-year national tour, supported by the Art Fund and HLF.

The exhibition, which includes over 100 works, explores the diverse ways in which artists have chosen to represent themselves and their identities through painting, drawing, sculpture, photography and film. More than 70 works from the National Portrait Gallery will be showcased alongside key 20th-century and contemporary self-portraits from public and private international collections. 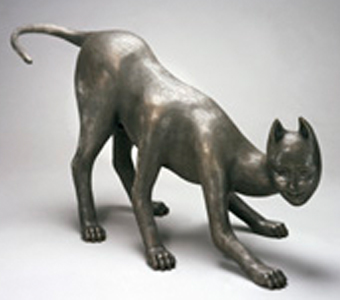 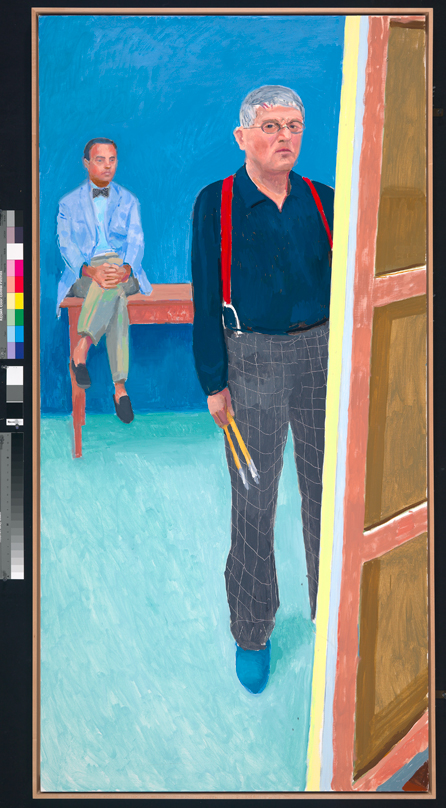 Visitors will also be able to experience the exhibition in an entirely new and engaging way as comedian Hugh Dennis, from Mock the Week and BBC One’s sitcom Out Numbered, takes you on a comical tour of the exhibition through a narrated audio guide. The guide has been inspired by conversations had by Turner Contemporary’s visitors. It brings together art and comedy unlike any other exhibition tour you will have ever experienced.

If you are interested in learning more about the exhibition then join Catherine MacLeod, Curator of 17th Century portraits at the National Portrait Gallery, for a special tour of Self, followed by a talk on the artists and themes that feature in the show.

Self: Image and Identity is accompanied by a series of related events which delve into the genre of self-portraiture in usual and interactive ways. Families can get creative with the self-portraiture theme through alternate Sunday workshops ‘Make like Van Dyck’ and ‘Super Selfie.’

Is it possible to define the portrait? What functions have self-portraits played in different times and cultures? What can images of the external self really tell us about personal identity? These are just some of the questions which will be discussed by speakers James Hall, Cynthia Freeland and Dawn Wilson in a debate about the subject of the self in art at the Self symposium on the 14th March at Turner Contemporary.

From insightful discussions on self-portraiture to an interactive experience of the genre, on the 20th February, as part of Margate’s annual Gaming Festival GEEK and in partnership with Milo Wladek Company, you’ll be able to get inside a machine and delve into works of art related to Turner Contemporary’s spring exhibition. Through three self-portraits from the exhibition you’ll have the opportunity to become an art research assistant and immerse yourself into the works themselves through gaming, art and theatre. Interact and become immersed in art in an unusually digital way.

The portraiture theme continues at the gallery in March 2015 with Dialogic Portraits. Artist Felicity Allen has worked with a group of local young women who are interested in art and in women’s place in the world, to produce a series of portraits of older women who have had significant careers in art. The portraits will go on show at Turner Contemporary from 3rd until 29th March. Alongside Dialogic Portraits Turner Contemporary is running a series of dynamic public events on 6th, 13th and 20th March led by young women from Thanet designed to raise awareness around feminism.

Aspiring artists from local Kent schools have also been inspired by the self-portraiture genre for this year’s Portfolio, Turner Contemporary’s annual art competition. Selected works by pupils and teachers from Kent-based schools will be presented in Turner Contemporary’s Learning Studio. This year’s theme is This is ME!, inspired by Sir Anthony van Dyck’s last Self-portrait.

On 16th April Turner Contemporary turns four. In the run up to its fourth birthday the gallery will present an extraordinary collaboration with Kent-based dance company Jasmin Vardimon at Margate’s Winter Gardens. Expect the unexpected and prepare to be immersed in contemporary dance with Maze, which takes place for just five days from the 11th until 15th April. Visual art, architecture and dance collide through this extraordinary performance unlike anything you will have ever experienced before.

Encounter a world of surprise, wonder, delight and occasionally, unease, as dancers inhabit an astonishing labyrinth structure conceived specifically for the performance by international designer Ron Arad. Visitors will encounter a feast of sights, sounds, smells, textures and actions; some moments will be intimate and moving, others so spectacular as to defy belief. Maze comes as a result of support from public funding by the National Lottery through Arts Council England’s Exceptional award programme.

Later in April, Turner Contemporary will celebrate its third annual Turner Lecture and Dinner. Fittingly, this year the dinner takes place on the 23rd April on JMW Turner’s birthday. The annual dinner raises funds for Turner Contemporary’s future exhibitions, learning and community outreach programmes. This year’s pre-dinner lecture will be given by British writer and broadcaster Jeanette Winterson, OBE. Jeanette will be discussing ‘The Selfie or the Self? Image and Identity in Life and Art. Tickets are priced at £100 (including a £15 suggested donation)/ £85 without donation and can be purchased through turnercontemporary.org.

Turner Contemporary’s summer 2015 exhibition promises not to disappoint as the gallery presents work by British artist Grayson Perry. This exhibition, which begins with Grayson’s earlier works produced during the 1980s, presents a selection of the artist’s ceramics and other artworks including tapestries, prints, bronze and iron sculpture. Working in traditional media, he is interested in how each historic category of object accrues intellectual and emotional baggage over time. Perry is a great chronicler of contemporary life, drawing us in to his exquisitely crafted works with beauty, wit, sentiment and nostalgia, whilst at the same time exploring issues within society and culture that instigate fear, uncertainty and anger. 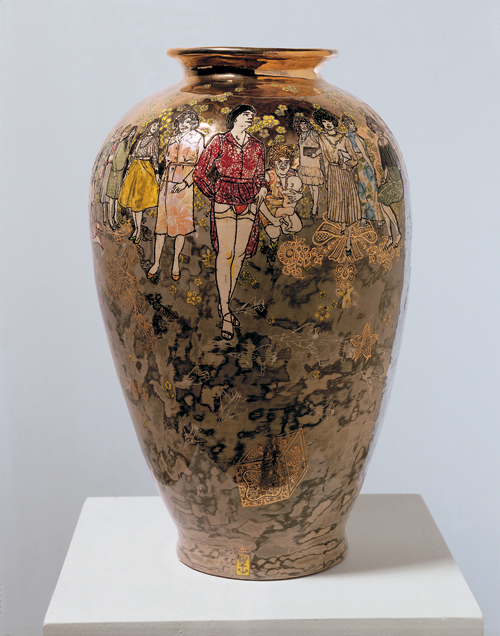 Perry’s work combines autobiographic references with wry social commentary on themes ranging from class and taste to the status of the artist versus that of the artisan or maker. At the heart of Perry’s practice is a passionate desire to communicate his thoughts on aspects of contemporary experience. This exhibition, which can only be seen in Margate, is a must-see for your summer calendar as it offers an opportunity to view a unique solo exhibition of work by one of Britain’s best known and talked about contemporary artists.

From a one-man summer show to an incredible autumn group exhibition, tornados, planes set on fire and chance outcomes all feature in Risk at Turner Contemporary. This is the first UK exhibition to explore the relationship between risk and art and will go on display from October 2015 until January 2016.

Creating art is risky by nature; it always involves an element of the unknown – a gap between intent and outcome. During the last century artists have sought to expand that gap and, in so doing, challenge the status of the artwork as a closed object. The exhibition will propose risk as an important element of key artistic moments during the last century, which continues to feature in contemporary practice. Risk has played a role in Abstract Expressionist painting, post-minimal sculpture and “process” art, performance art, and work made in the context of and responding to political conditions around the world, among other practices.

Including works from the 20th century to the present day, the exhibition will bring together artworks and artistic practices that engaged directly with risk exploring the subject through a range of themes: the intersection between risk and chance; the artist at risk; the contemporary landscape of risk; materials and processes and exposure and self-revelation. Among the artists presented in the exhibition are Marina Abramovic, Francis Alÿs, Marcel Duchamp, Simon Faithfull, Gerhard Richter, JMW Turner and performances by Jasmin Vardimon Company.

If all of this wasn’t enough to spur you to take a trip to Turner Contemporary this year then the gallery’s café and shop will also be offering retail items and menus inspired by the 2015 exhibition programme as well as unique offers for Valentine’s Day and the Easter bank holiday weekend. 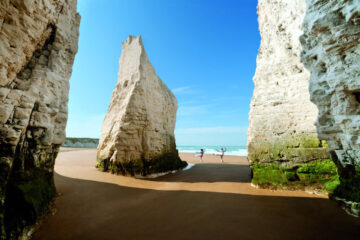