Coffee is the hot drink that is preferred by just under two thirds of the UK – let’s put that into perspective: it beats our national beverage, tea, hands down – although it may have found a new lease of life in its seemingly infinite variety of forms in the 21st century however, it’s actually been around for a lot longer than that. 1,000 years longer to be precise. 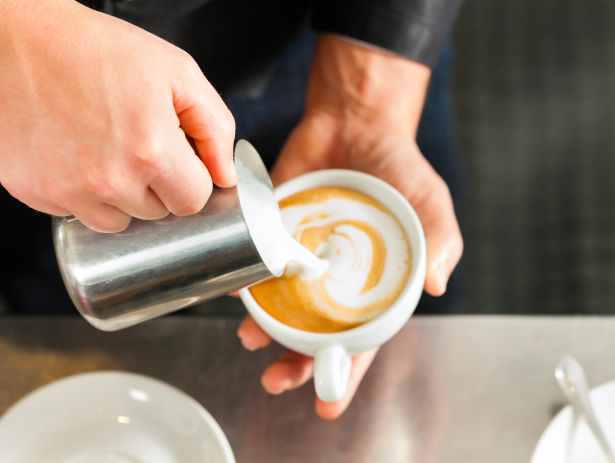 What we now know and love as ‘coffee’ was in fact first discovered in Ethiopia in about 1,000 BC. It all came about when hunters realised that if they ate certain berries (mixed with animal fat) they got a boost of energy. Those berries were, of course, coffee berries, and it wasn’t long before Arab tradesmen realised that they could make some money out of this energy-giving plant. They took the berries back home and created plantations so that they could supply other traders in bulk. While they were at it, they hit upon a way to make the berries more palatable by boiling them and the result was a drink that they called ‘gahwa’, which translates as ‘that which prevents sleep’.

It wasn’t until 400 years later than the world’s first coffee shop opened – Kiva Han opened in 1475, over 20 years since coffee was first introduced to Constantinople by the Ottoman Turks. The café was hugely popular, so much so that a law was introduced that allowed a woman to divorce her husband if he failed to give her enough coffee, which seems a tad extreme…

The East kept their coffee a well guarded secret until around 1600, when Italian traders discovered it and brought it back to Europe. Pope Clement VIII was intrigued, and, because he liked it even though his advisors declared it to be a threat from the infidels, he baptised it. Coffee was instantly something that Christians could drink without guilt.

Word spread. It took a little while – the first coffee shop didn’t open in Italy until 1645, but when it finally reached the taste buds of the Western world, it took them by storm and by 1675 coffee was the favoured morning drink in America, where previously it had been beer!

England got its first coffee shop in 1651 and we’ve not looked back since. 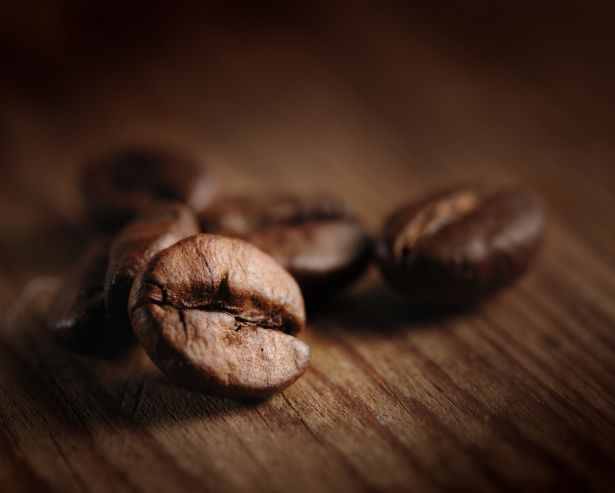 Over the past 1,000 years or so, there have been a number of new and different varieties of coffee that have come into existence. Most coffee, however, no matter how fancy or tasty comes from just two types of beans – arabica and robusta.

You can find arabica bushes all over the world, which could be why 70 per cent of all coffee is made from arabica beans. This particular bean contains less caffeine than other types and tends to have a more punchy flavour. However, the actual flavour of the final product does depend on where and how the arabica bush was grown, since the beans will take on the attributes of the soil, the sunlight, the weather, surrounding foliage, and the growing methods – much like grapes do in a vineyard. Ethiopian arabica beans, for example, are known to be smooth with a flowery finish. Kenyan beans are more bitter, and have a nutty flavour. Beans from Colombia are rich and deep, and those in the know can detect the taste of walnut.

Robusta beans are a lot more bitter than arabica beans, which is due to the fact that they contain less oil. These beans have a higher caffeine content – sometimes as much as 50 per cent more than arabica beans – so they are often used to make espresso-based drinks. You are most likely to find robusta coffee bushes in Asia where they are harvested through a labour intensive process, roasted, and then sent on around the world. Some of the most expensive gourmet coffees in the world stem from robusta beans, including Sumatra and Komodo coffee, or the more well known Java variety. 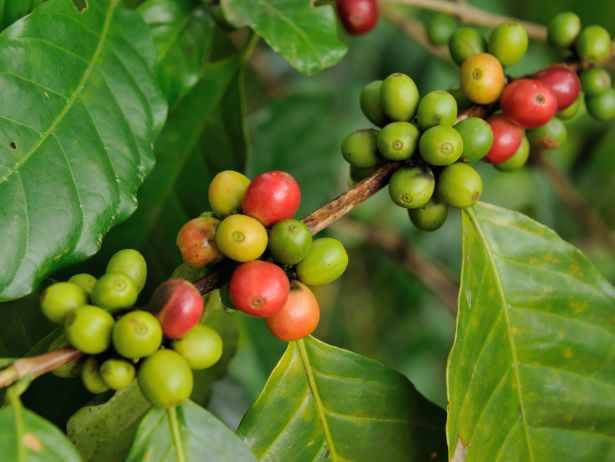 Green coffee beans are simply beans that have not yet been roasted. They can be used for making a drink, but are more commonly used as a weight loss supplement (which has, reports say, limited success).

It is possible to enjoy a wide range of different coffees that are a mix of arabica and robusta beans. In some coffee shops, you can even combine your own, to make the ideal blend for you. Remember that robusta is more bitter and higher in caffeine, whereas arabica beans are smoother. Depending on how much of each you use, you can create some memorable and interesting flavours.

The Benefits Of Coffee

As with everything in life, moderation is the key when it comes to coffee and its health benefits. But what exactly are those benefits?

Thanks to the caffeine found in coffee, a couple of cups can help us to concentrate for longer, which is ideal if you have to sit an exam or study for one, or simply manage a full day at work. More than that, though, coffee can improve brain function in general, enhancing our mood and boosting energy levels, reaction times, and even memory.

Caffeine helps to increase your metabolic rate, which is what burns unwanted fat. A higher metabolism combined with healthy eating and regular exercise can help you to lose weight at a steady rate. Since coffee is a great source of caffeine, adding it to your diet can bump start your metabolism nicely. 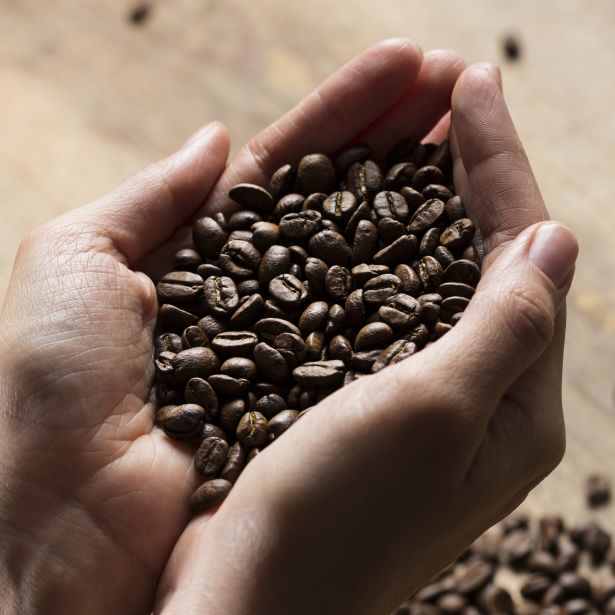 Caffeine – and therefore coffee – stimulates the nervous system, which has the effect of releasing adrenaline into the bloodstream. Too much coffee can make us feel jittery and on edge for that very reason (it’s the ancient ‘fight or flight’ mode, making us ready to defend ourselves when necessary), but the right amount simply keeps us on our toes and improves physical performance in sports and athletics. If you want to enjoy a workout in peak condition, have a strong cup of coffee about half an hour before you begin.

Drinking coffee does a lot more than simply wake us up and help us to run faster though. It actually contains generous amounts of the essential nutrients our bodies need to function. These include vitamin B2 (riboflavin), vitamin B5 (pantothenic acid), manganese, potassium, niacin and magnesium.

Type 2 diabetes affects about 300 million people worldwide and is a disease that show no signs of abating. The main symptom is that it raises the blood sugar level due to insulin resistance. Studies – which are still ongoing – seem to show that coffee drinkers have a much reduced risk of developing this disease, possibly by as much as 50 per cent. Of course, the risk of developing type 2 diabetes can also be reduced by eating a healthier, well balanced diet and maintaining a sensible weight, so drinking coffee alone won’t be enough.

Alzheimer’s disease is the most common form of dementia in the world. It’s a neurodegenerative disease, which means that the brain slowly stops to function in the way it should. Sufferers become forgetful at first, but soon the brain not only forgets who people are and what happened last week, but also forgets how to tell the lungs to take in air and the heart to beat. There is no cure for Alzheimer’s, but ongoing studies show that a healthy diet and keeping the brain active with puzzles and hobbies can help – and so can coffee. Coffee drinkers have, it is said, up to a 65 per cent lower risk of developing the disease.

Studies in Sweden have shown that drinking more coffee even reduces the risk of developing Parkinson’s – a disease that reduces the amount of dopamine produced by the brain, which means that the body shakes and movements become stiff and slow. It’s not fatal, but it does put a huge strain on the body, and there is no cure. 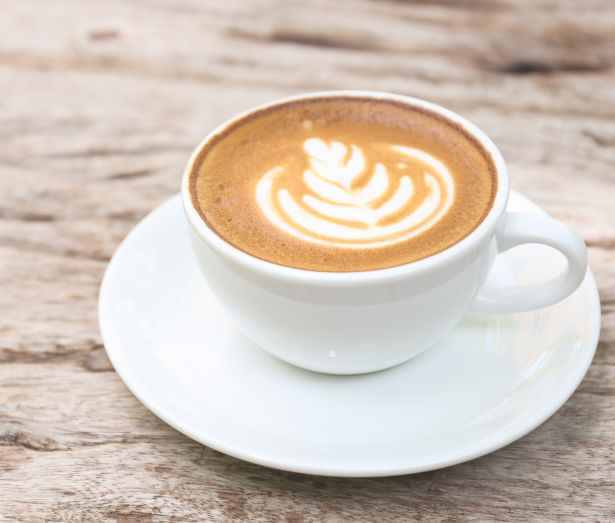 If you’re craving a cup of coffee, never fear, there are plenty of places in Kent to get your fix. We’ve picked a few for you to work your way through:

Say your vows in the perfect grounds... 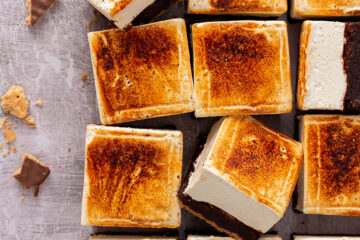 The Art of Food: Ellesbelles Bakehouse