It’s always fun to see a new play, and although Ruth Rendell’s ‘A Judgement in Stone’ has been around for a while now, this was my first chance to see it. Which meant, of course, that I had no idea whodunnit (I’ll admit – I haven’t read the book). And that meant that I could engage the little grey cells (yes, I know, wrong writer, but still…) and try to work out this extraordinary and fast-paced thriller by myself. 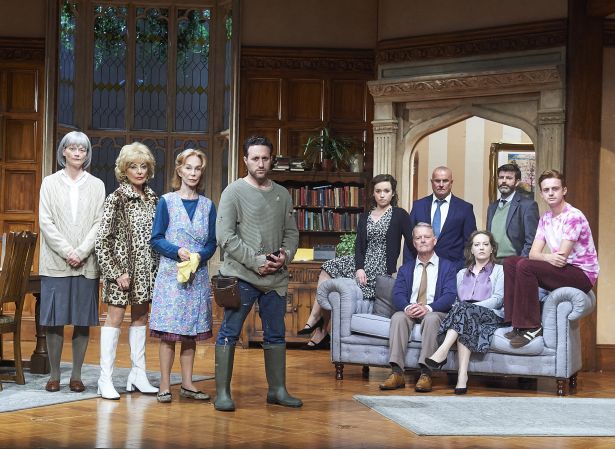 A Judgement in Stone has been adapted for the stage by Simon Brett and Antony Lampard, and was originally written by Ruth Rendell in the 1970s, but the clever set design and costume means that the play really is timeless. It could have been set at any point from the 1940s to the 1980s – although the cassette recorder (no spoilers, but this does become extremely important!) placed it rather firmly in the latter sphere of these decades – and this very nicely ties in with the theme of the play in general. Yes, it’s a murder mystery – the wealthy Coverdale family are killed in their home, and the suspects don’t seem to have any motive whatsoever; prime detective story stuff – but it’s also about class and the mixing of two worlds that don’t want to be mixed. And that is something that has been at the centre of British culture for decades.

Eunice Parchman, the housekeeper with a secret that is set to change everything, is played with great skill by Sophie Ward. The transformation into put upon member of household staff is so dramatic that one can’t help but believe that poor Eunice really is pottering about the stage, enjoying her television, trying to please everyone. She is more like ‘one of us’ than any of the wealthy, privileged Coverdales, and when Detective Superintendent Vetch (Chris Ellison, doing a marvellous job of tired London copper come to the country to help the locals – despite them not particularly needing or wanting him there) and his colleague Detective Sergeant Challoner (Ben Nealon) begin to question her, we are on her side. We are willing her to give the right answers. We don’t want her upset. 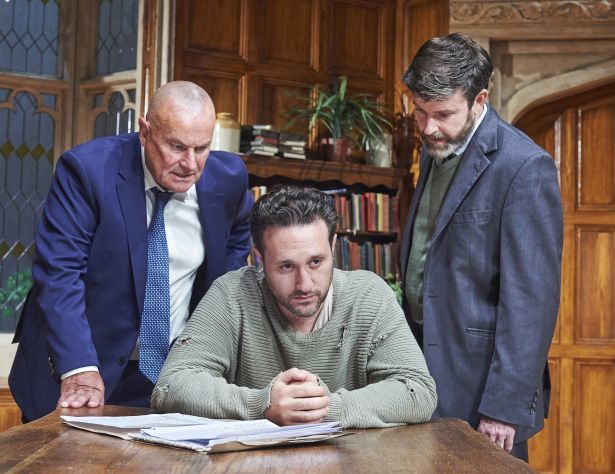 As the tale unravels and the reasons behind the killings become clearer, it becomes obvious to the audience that it is the little things that can so easily become big things when pride and class and fear get in the way. There are so many ‘if only’ moments in this play, so many times when everything could have been different and better, but convention and politeness get in the way of all that. A lesson? Definitely. An enjoyable evening’s entertainment? That too.

A Judgement in Stone runs at the Orchard Theatre, Dartford, until 30th September. Tickets are available here: https://orchardtheatre.co.uk/Online/tickets-judgementinstone-dartford-2017