So… Billionaire Boy… what’s that all about then? Surprisingly enough, Billionaire Boy is actually about a boy who happens to be a billionaire. But although the name of this stage show by The Birmingham Stage Company, based on David Walliams’ children’s book, might not have much to hide, there are many layers to the story once you get right into it. A bit like a piece of loo roll, really. Like Bum Fresh toilet paper, in fact.

Bum Fresh. It’s a name to make the kids giggle (and quite a number of the adults too) and it sets the tone for the rest of the play. Or musical. Because it’s a bit of both. There are some fantastically catchy songs included, but not so many that it starts to become tedious. They come into play at just the right moments, allowing for a little pathos and feeling amongst all the craziness. But back to Bum Fresh. Our protagonist, Joe Spud, is heir to the Bum Fresh billions. His dad created this amazing toilet paper after working for years in a loo roll factory; it’s moist on one side and dry on the other, and it revolutionised the way the world wiped its bum.

Of course, poor Joe is forever ridiculed about it, so he asks his dad to move him away from his posh school full of bullies into the local comp. All he wants is to make a friend who doesn’t know about his money. And therein lies the crux of the story – will Joe find a real friend or will his billions always get in the way? 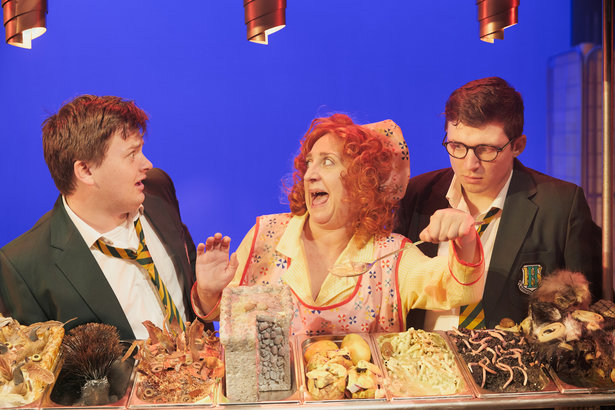 It has to be said, once the Birmingham Stage Company commit to something, they really do commit. This is most evident in the scenery for Billionaire Boy. It is all made out of loo roll, and very cleverly done. With various moving parts, opening doors, sliding boxes and the like, not only can Joe’s enormous mansion (which apparently can be seen from space) be imagined, but so can the school gates, the canteen, Raj’s shop, a park, a classroom, and even the home of Joe’s friend Bob. With smooth movements and flawless choreography, each scene is set effortlessly. The movement is made part of the story, and it’s fascinating to watch.

Billionaire Boy is a hugely funny show. It’s in parts disgusting, in parts hilarious, in parts rude (it’s about toilet paper, after all), and in parts really rather sad. Put all this together with David Walliams’ slightly risque humour and some fabulous acting from the entire cast (all of whom, with the exceptional of Matthew Gordon who plays Joe, take on a number of different parts including hiding out in the ensemble) and you’ve got something that adults can happily take their children to, safe in the knowledge that there isn’t going to be anything too naughty happening on stage, and feeling fairly certain that they are going to laugh out loud too. I know I did. 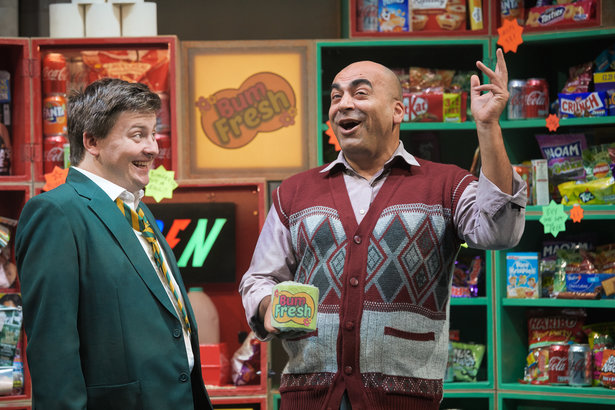 Billionaire Boy is a priceless hit, and it’s playing at The Churchill Theatre until 2nd February. You can get tickets here: https://churchilltheatre.co.uk/Online/tickets-billionaire-boy-bromley-2020 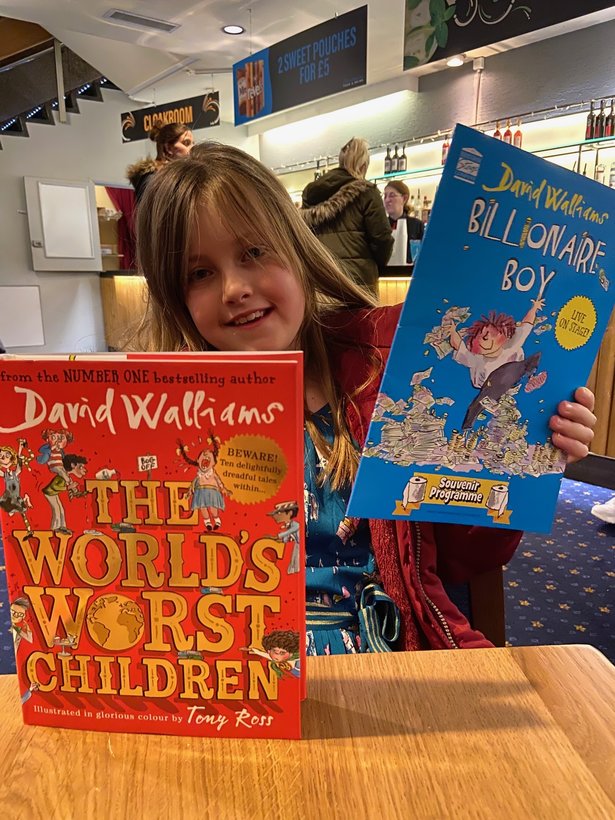 WHO LET THE DOGS IN ?- HALF TERM FAMILY FILM FUN AT REVELATION 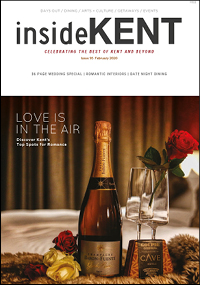