Today there are a plethora of so-called ‘jukebox musicals’ around – those fabulous shows where everyone knows the music and has the best time of their life singing and dancing along, with a story attached – but, as far as it is possible to tell, Buddy was the one that started them all, 30 years ago.

And today, it is just as good as it has always been. The story – that of the iconic Buddy Holly and his short 18 months of fame before he was tragically killed in a plane crash along with the Big Bopper and Richie Valens at the age of 22 – is something that is timeless. It happened. It is a fact. And since the show has always been set in the past, it can never age. This is one of the reasons for its longevity, but the music is the main one. Who can resist toe-tapping along, clapping in time, even bopping and rocking to the tunes that we have all grown up with? Not many, that’s for sure. 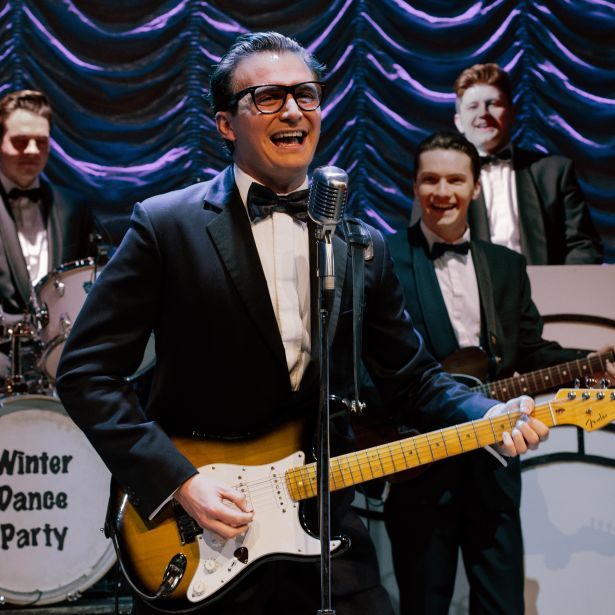 The story of Buddy takes place in the run up to the star’s death on 3rd February 1959. This is a time when rock ‘n’ roll was considered dangerous, and parents didn’t want their children to listen to it. Buddy was meant to be a big country music star, but that wasn’t him, and one of Buddy Holly’s singular achievements was in doing what he wanted, not what others wanted of him, even if that meant being knocked down and having to dust himself off again and start the climb to the top once more.

So that’s the story. We know that. And, as mentioned above, we know the music. What, then, makes Buddy so much fun? If we know it all, if we’ve ‘been there, done that’?

It’s the passion. The fire. The sheer joy and talent and fun and love that is up on the stage. This is the music that started it all, the music without which there would be nothing else. And seeing its birth, understanding how it happened, why it happened, how it almost didn’t happen, and listening to the songs that made it so, is electrifying. 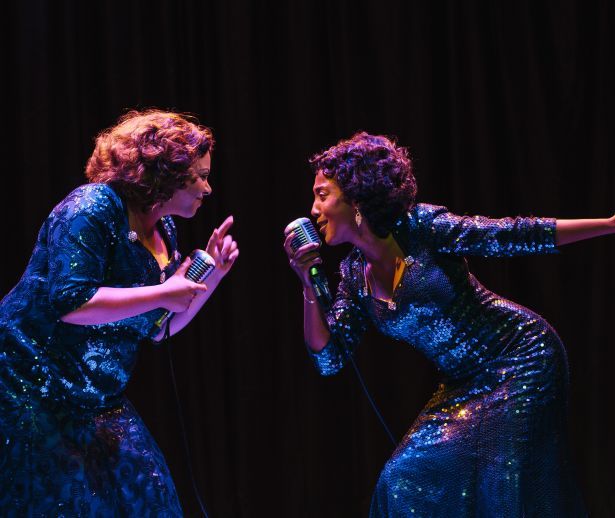 The cast in this production of Buddy is sensational. Taking on the persona of such huge stars as the Big Bopper, Richie Valens, the Crickets, and of course Buddy himself is no mean feat, but it is done with panache. The audience whooped and cheered as Joe Butcher (playing Joe B. Maudlin) stood on his bass, or balanced Buddy (played perfectly by Christopher Weeks) on top of it, or whirled it around and still kept time. The skills of Josh Haberfield as Jerry Allison, the Crickets’ Drummer, where incredible, and those riffs that are so much a part of our consciousness played live sent a shiver down one’s back.

Buddy is forever fresh, forever new, forever loved. Go and see it at The Orchard; it plays until 12th October. 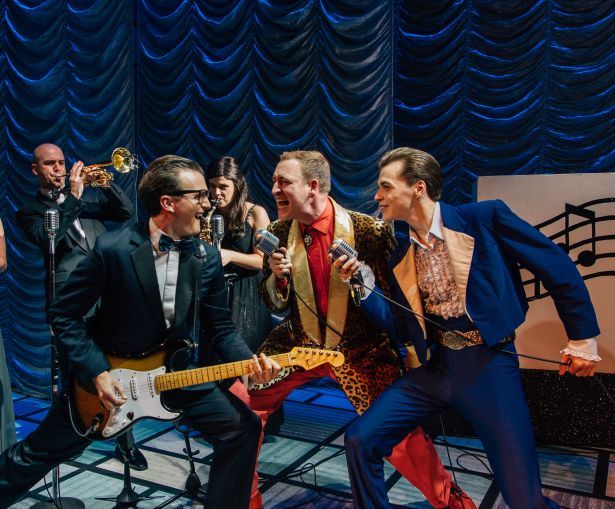