Grease, the iconic story of high school kids from the 1950s who fall in and out of love, dance, sing, go to drive-in movies, and generally seem to be having a lot more fun at school than is usual (even if they do seem to argue a lot), is playing at the Orchard Theatre in Dartford – and you really need to go and see it.

While it’s true that we all know the story, this new version of a classic might give you a little more insight into the much-loved characters. The cast includes Tom Parker (from The Wanted) as leader of the T-Birds, Danny Zuko, and Danielle Hope (West End star and winner of Over The Rainbow) as wholesome would-be Pink Lady Sandy. There is also Louisa Lytton (EastEnders) who plays the wonderfully bitter and effortlessly cool Rizzo. 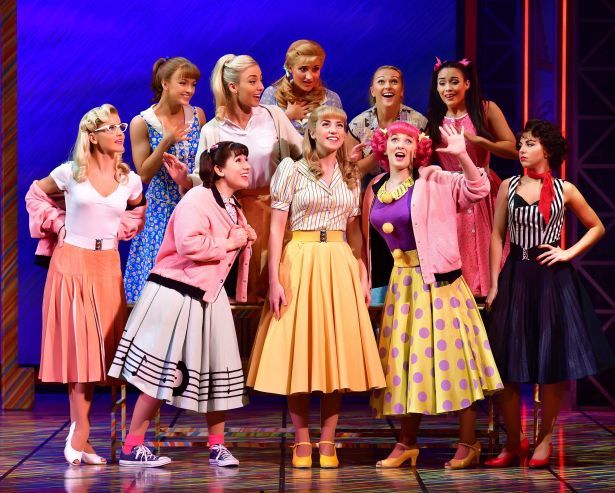 It must be hard for a new cast to take on such a well known story and to sing songs that are now karaoke classics, but this cast did it gamely, and won the audience over pretty much as soon as they stepped on stage. The first number, Grease Is The Word, is an atmospheric and exciting beginning to the show, where all the cast members made themselves – and their characters – very much known.

Grease is a rip-roaring set of performances that ‘go together like rama lama lama ka dinga da dinga dong’ that has the audience laughing, crying, and – of course – merrily singing along. If the 1978 film starring John Travolta and Olivia Newton-John is the only version Grease you’ve ever seen, then be prepared to see some differences, including some exquisite additional songs. I was particularly a fan of Jan’s (Rosanna Harris) Raining on Prom Night, as well as Doody’s (Ryan Heenan) Those Magic Changes (watch out for the shower scene during this song – very funny and almost mesmerising!). For those in the know, this is the song that John Travolta butchers (intentionally, I’ll add) in the dance scene in the film… 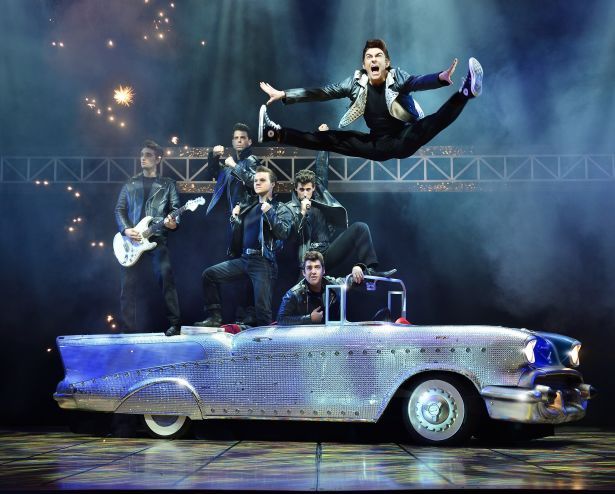 Grease is fun, it’s loud, it’s the one that you want and so much more. It plays at The Orchard until 25th November, and tickets can be purchased here: https://orchardtheatre.co.uk/Online/default.asp?doWork::WScontent::loadArticle=Load&BOparam::WScontent::loadArticle::article_id=E79E25EE-F593-43E9-B681-8E14FF740A3A