Theatre Review: Lord of the Flies at The Churchill Theatre, Bromley 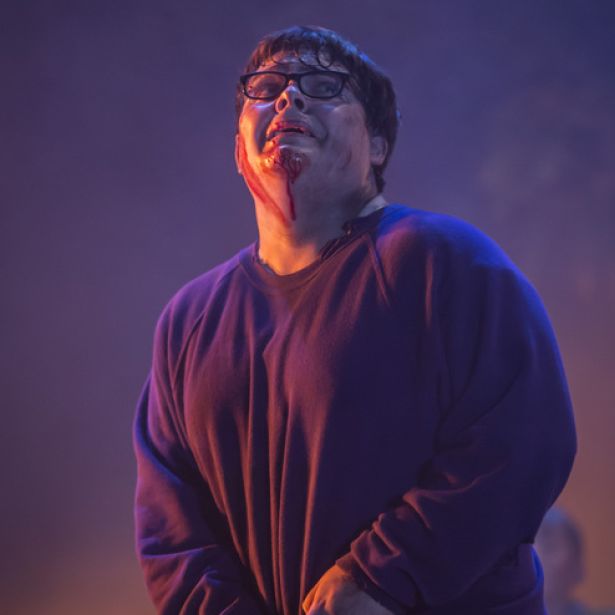 Whether it was a set text for GCSE, a vaguely remembered classic that we read in the past, or a favourite novel that is re-read over and over again, we all know, or are at least aware, of Lord of the Flies.

This production of William Golding’s terrifying tale of the decay of civilisation played out by school boys has been adapted for the stage by Nigel Williams (Class Enemy, Trial Run, Sugar and Spice), and it is not the Lord of the Flies we thought we knew. This is clearer, deeper, and much, much darker (if such a thing is possible) than ever before.

There are some excellent modern twists to this story including the use of a selfie stick to get a survivor’s group photo (although sadly, the image can’t be posted to Instagram because there is no 3G on the island on which the group has crashed), and they work well, pushing the story into the 21st century, and asking questions about what is happening in the world, and could it be any worse than crash landing on an uninhabited (or is it?) island in the middle of the sea? But those extra touches don’t detract from the heart of the story, which is just as frightening as ever it was.

The descent into chaos and, perhaps, madness is at first subtle, but when it hits, it hits with full force, and the stamping, stomping, howling public school boys, who had arrived as such smartly dressed, orderly choir members, whose refrain of, “Kill the pig, spill its blood!” echoes ominously around the stage send a creeping shiver down the spine. 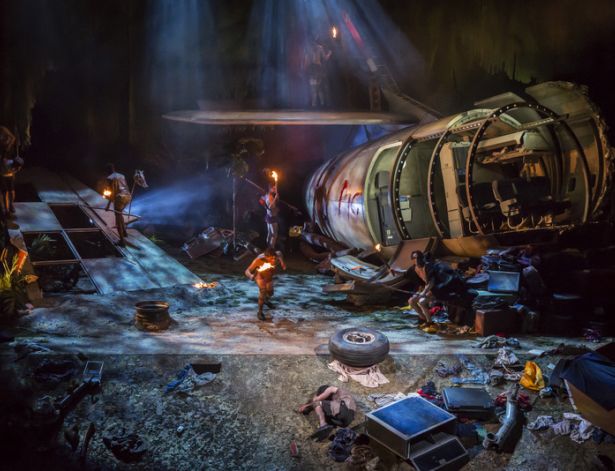 The set itself is impressive – there is half a plane on the stage, and the boys slip, slide, and climb all over it like acrobats, running over the detritus and abandoned luggage like mountain goats. The plane doubles as a hillside, a mountain top, the far reaches of the island. It is the elephant in the room since no one really mentions the crash itself, but despite that it is impossible to ignore it completely, at least in its other forms. 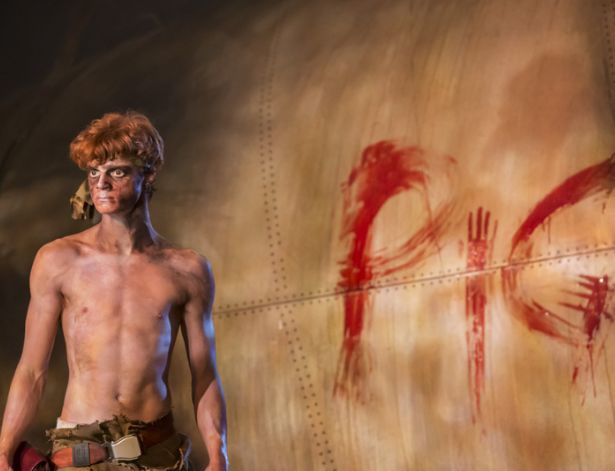 A play like this could easily become wearying, with all that running about and shouting, but the fine acting skills on show don’t allow that to happen. The energy levels are high throughout – this is not a play to watch in the hopes of a relaxing evening out – but the peaks and troughs that come with the story are ably played out. Of particular note are the tragic Piggy, whose plaintive plea for Ralph and then Jack to return his glasses to him are heart breaking and heart felt is played by Anthony Roberts. Ralph, the leader who is so cruelly usurped, is played by Luke Ward-Wilkinson. Jack, the one time choir prefect who becomes the chief and king of all he surveys, is played by Freddie Watkins. And they must be seen. The rest of the cast is also exceptional, and despite the reality being that I was sitting in the Churchill Theatre in Bromley on a chilly March night, I could feel the heat of the island sun.

The play runs until 18th March.

That’ll Be The Day, back by popular demand, rocks into The Orchard Theatre

Theatre Review: Lord of the Flies at The Churchill Theatre, Bromley