Is there a sitcom as dearly loved and with as much nostalgia attached to it as Some Mothers Do ‘Ave ‘Em? It’s the kind of programme that we grew up watching, no matter whether it was the original airing in the 70s, the repeats that were often shown on a Sunday evening (just before Doctor Who, if I recall rightly) in the 80s, or the many other showings across the 90s and up to the present day. It’s gentle humour. It’s got pathos and heart. It’s got Michael Crawford as the hapless, hopeless, wonderfully inept Frank Spencer, for goodness sake, complete with signature beret and mac.

It’s got everything for all ages.

So, a live version of Some Mothers, eh? With Joe Pasquale as Frank Spencer, is it? How’s that going to go down?

If the audience at last night’s performance at the Churchill Theatre in Bromley was anything to go by, it’s going to go down a storm. 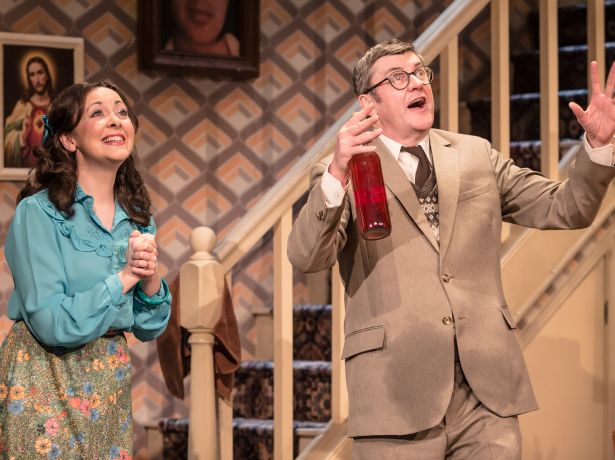 Before we get to the review proper, I must just mention the effort that the theatre’s staff went to – each one dressed in a beret and mac, and one gentleman was even on roller skates outside (a nod to Frank Spencer’s memorable problem when he tried to catch a bus, wearing said skates – in fact, those skates sat neatly in a box on a shelf throughout the show, a lovely little reminder of things to come for Frank). So thanks, Churchill, you made a wonderful evening even better by entering into the spirit of things!

Because, after all, it’s the spirit of Some Mothers Do ‘Ave ‘Em that’s important. Whereas some comedy is crude, rude, or downright mean, these funnies never were like that. The writers always had the Spencers’ best interests at heart, and although Frank’s mother might have said some strange things in her time, she was loved – the moment in this live show when we really see a little of the Frank Betty fell in love with is really rather moving; he misses his mother, and he really is trying his best (he is, as he says himself, very trying).

For those who loved the original, Guy Unsworth’s re-telling is inspired. Joe Pasquale makes the ideal Frank, putting his own quirks to the character, but still making him familiar and instantly identifiable. And it’s not just Frank that makes Some Mothers, although of course he is undoubtedly a favourite character. In this live version there is Betty, his wife, played by Sarah Earnshaw, Mrs Fisher, his mother-in-law, who was played by Jayne Ashley, and a small group of unlikely characters who all come together to make what should be a simple dinner at the Spencer’s house a circus of crazy mishaps and coincidences. 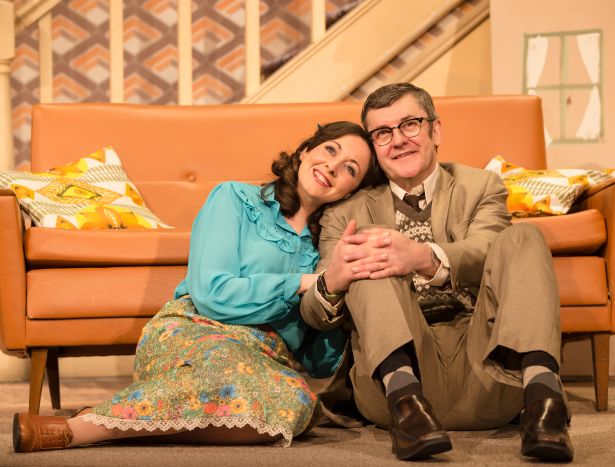 I can’t remember the last time I laughed until I had tears in my eyes, but when watching this show that’s exactly what happened. It was funny from beginning to end, and I wasn’t the only one enjoying myself – real belly laughs could be heard from all directions, spontaneous applause after some particularly tricky tongue twisters, and smiles all round. It was a joy. If I had to choose a favourite moment, I think it would have to be when Father O’Hara and Mr Luscombe (two characters you will come to know well) had to borrow some of Frank’s clothes. The results were hilarious, and the dance routine on the stairs… my sides were aching by the end.

Some Mothers Do ‘Ave ‘Em is manic mayhem and it’s the ideal tonic to the weather, the news, the rest of the world. For just under two hours you can sit and enjoy something purely entertaining. That’s a rare thing.

Some Mothers is on at The Churchill Theatre until 29th February, and you can get tickets here: https://churchilltheatre.co.uk/Online/tickets-some-mothers-do-ave-em-bromley-2020

The Passionate Gardener and The Springtime Garden 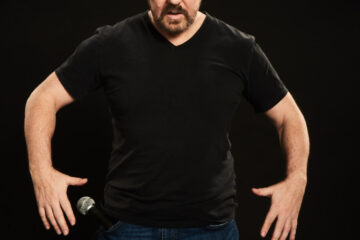 THE PRINTED LINE EXHIBITION COMES TO THE BEANEY 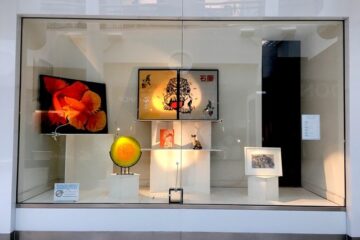 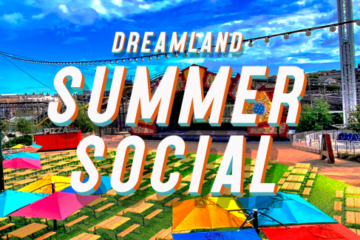 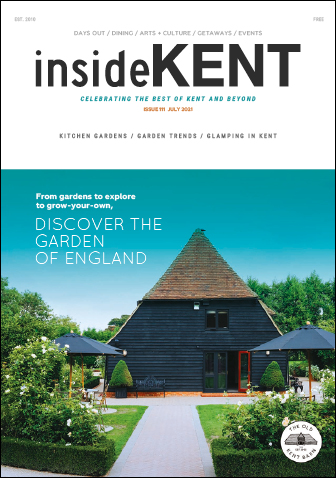