On Saturday 7th November, my daughter (5) and I were lucky enough to visit The Assembly Hall Theatre in Tunbridge Wells to see Steve Backshall’s Wild World Tour. I had previously interviewed Steve for insideKENT, and was very much looking forward to seeing the show after chatting to him about it. And as for my daughter, she was beside herself – a fan of CBBC’s Deadly 60 for a while now, she was keen to find out more about Steve’s great adventures. 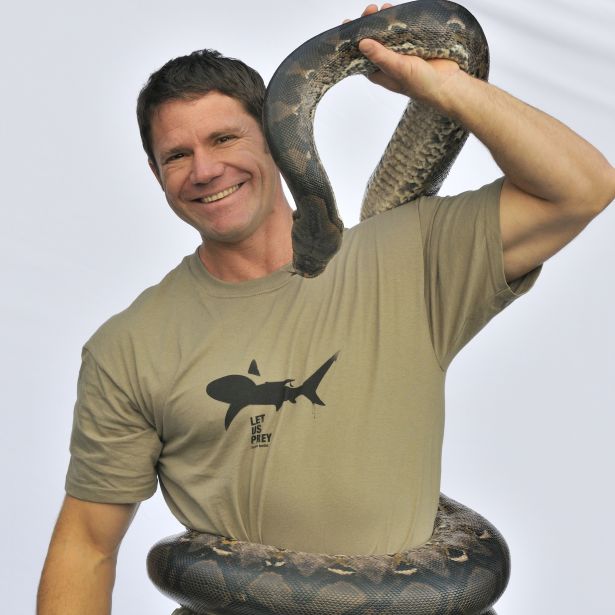 Sitting in the theatre, waiting for the house lights to go down, it was wonderful to see how many other children there were in the audience; Steve Backshall clearly struck a chord with them, making them interested in nature. But this show wasn’t just for the children; it was for everyone.

The Wild World Tour allows Steve Backshall to explain why he does what he does, and how important it is to him. It is a means of teaching the audience more about animals they may think they already know (the crocodile and great white shark, for example), and telling them things they would never have realised (such as bullet ants having the most painful bite in the animal kingdom). The show was Steve, a projection screen that shows stills and video, and the energy of the man himself, and the audience watching. With question and answer sessions after both parts, and a chance to meet Steve after the show, this was audience participation at its best.

We were told about bites, about venom (and poison, and how the two differ), about the largest and the fastest. We learned about the barbaric way some animals are killed – even now – and about how to prevent it. Or at least try. And that’s the key here; we have to try.

It seems that everyone came away with a spark of an idea that they might be the ones to make the difference, and therein lay the magic of the evening.

For more information about shark and marine conversation, check out an organisation close to Steve’s heart: http://www.bite-back.com/