The Addams Family – love it. Musicals – yes, yes, yes! Comedy – can never get enough. Put them all together, though? Make a musical comedy out of the creepy, kooky Addams Family? Really? 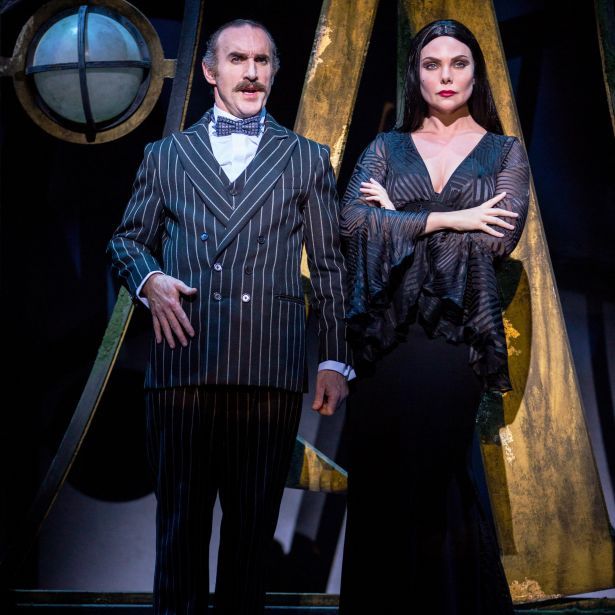 From the opening number – unsurprisingly, this contained the famous Addams Family theme tune – the audience were enthralled, clicking their fingers enthusiastically as the orchestra (and Thing) bounded through the music. And then it began, and we were all spellbound.

The music is modern and different, dark in tone for the most part (of course – this is the Addams Family, after all), but with a bouncing lightness that sneaks its way in every now and then… it’s impressive. The fact that I’m still humming the songs today tells me that this show is a keeper.

The cast were incredible. This really is an all-singing, all-dancing production, but it’s more than that. Comedy is definitely in its nature, and as black as it is, it’s still laugh out loud funny. Some of the jokes went over the head of the younger audience members (there were many little ones there), but it didn’t matter because they enjoyed the slapstick silliness of it, while the adults enjoyed the more risque elements.

Building the Addams Family’s Central Park mansion on stage was no mean feat, but it’s done well. From portraits that move to Morticia’s chaise longue, every element of the original TV programme and subsequent films was there. And for aficionados who enjoy the Addams Family comics, there are treats in store for you too. 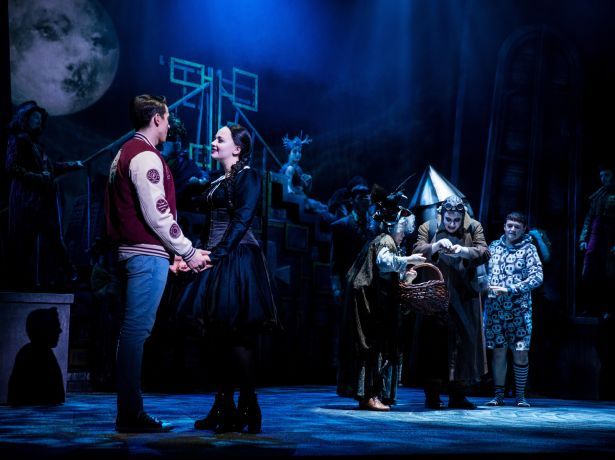 I’d like to mention the stand out members of the cast, but it’s a tough job to pick one, two, even three. No one put a foot wrong, and with stunning voices and beautiful dancing, it was a feast for the eyes and a delightful way to spend two and a half hours. Yes, it’s a long show. No, it doesn’t feel long. When the interval came I was surprised that so much time had passed, and disappointed that I had to wait 20 minutes for more.

The interplay between the family members was spot on – perhaps this is a ‘normal’ family, after all. They behave like one to each other (apart from the torture…), and the fights and squabbles will be familiar in tone, if not in subject, to most.

Favourite songs? Crazier Than You and Pulled have to up there, both sung by Carrie Hope Fletcher as Wednesday (who, for the purposes of this story, is all grown up), but special mention needs to go to Grant McIntyre as Pugsley who sung an emotional song called What If that left me with a bit of a lump in my throat. As did Gomez’s Happy Sad about his little girl growing up. Beautifully done. 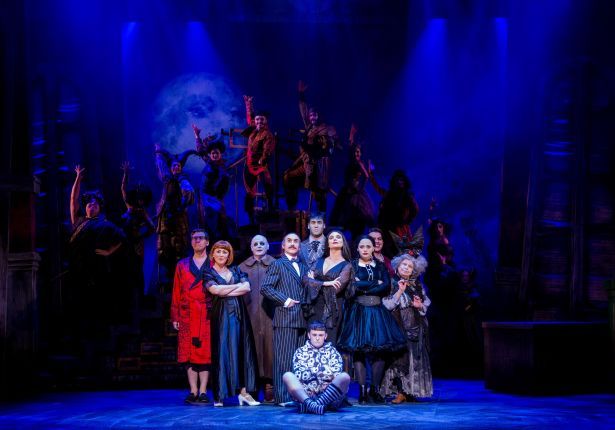 What more can I say? A stunning production in every way, I’d go back at the drop of a wilted rose.

Tickets are fast selling out for the Orchard Theatre’s Addams Family, so if you are keen to see it act quickly! Click here for tickets.