Paul Hawkins’ novel, The Girl On The Train, was astonishing. It captured the imaginations of people across the world, and it became a best-seller seemingly instantly. And no wonder; the story of Rachel Watson and what she may or may not have seen when it comes to the disappearance of a local woman is engrossing and certainly keeps the reader turning pages. But would it work on the stage?

To answer that question: yes, it would. And it does. In fact, the stage adaptation is just as engrossing, just as astonishing, and just as captivating. There is a feeling of loss and confusion throughout, meaning that the audience is able to empathise with Rachel who is feeling these things after the breakdown of her marriage to Tom, and his subsequent remarriage to Anna, who also happens to have had his child, something that Rachel was never able to do. 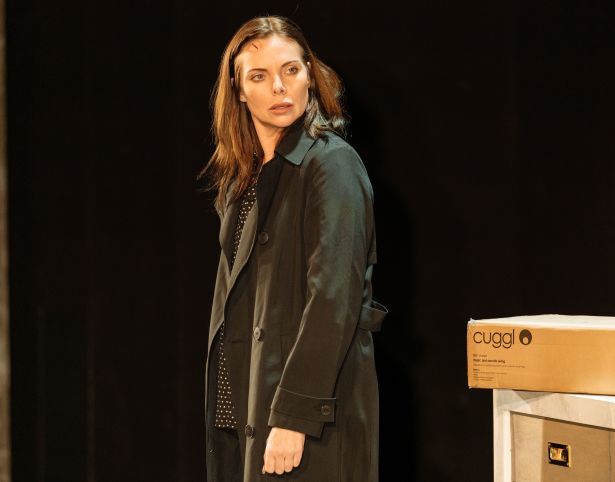 But this story is more than that of Rachel, a woman on the edge who has lost everything and who travels by train in order to look into the homes and lives of those who live – as she used to do – right by the tracks (we’ve all done it, we’ve been Rachel wondering what is going on behind those walls and windows, haven’t we? Travelling into London, we know the houses she is passing very well). It has a mystery (or rather, a number of mysteries) at its heart, and deep, dark secrets that, one by one, bubble to the surface much like Rachel’s trapped memories.

The Girl On The Train is also a study in human nature. All life is here, as they say. There is no one entirely likeable character, and yet they all – even the murderer to a point – are understandable. As mentioned earlier, we might all be Rachel, but then we might all be Anna, or Megan, Scott, or Tom. There is something of us in all of them. Perhaps it is this that keeps the audience so entranced.

But then it might be the acting. It is exceptional. This is a play in which the most subtle of movements, a sound, a flick of the hair, a stumble, a look… these things mean something, so they need to be on point, and they are. Nothing is wasted, everything adds to the story and the mystery and the eventual unravelling of it all. 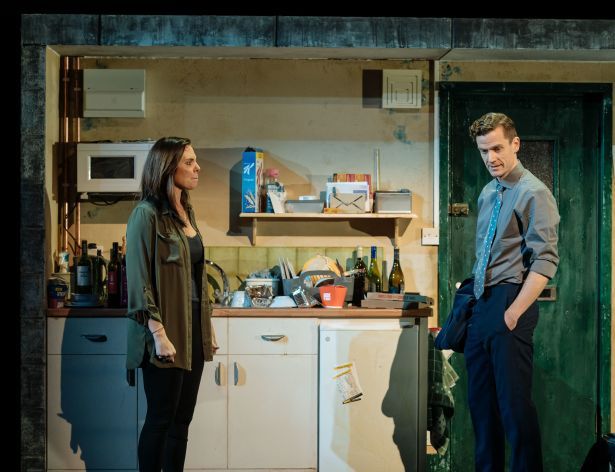 The set is also wonderful. The dirty, sad flat in which Rachel lives in brilliantly contrasts with the light, bright home that both Tom and Anna and Scott and Megan have created for themselves. But which, really, is a happy place? Could it be none of them?

The Girl On The Train is subtle and clever. It is heartbreaking and fascinating.

The Girl On The Train is on at The Churchill Theatre, Bromley, until 19th October: https://churchilltheatre.co.uk/Online/tickets-the-girl-on-the-train-bromley-2019

WHITNEY - QUEEN OF THE NIGHT HEADS TO BROMLEY IN 2020