PREPAPRE FOR THE THEATRICAL DRAG EXTRAVAGANZA OF 2022

Three of the fiercest drag stars from the US and UK are to star with a full supporting company of singers and dancers in the world premiere of ‘Strike A Pose!’, an ultra glamorous live theatrical spectacular.

This drag extravaganza tours to 17 venues across the UK in 2022 and will be at The Orchard Theatre Dartford on Monday 17th October.

They are joined by a multi-talented supporting cast as they WERK iconic hits made famous by the greatest divas of all time, including Britney, Madonna, Beyoncé, Cher, Rihanna, Judy, Liza, Whitney, Gaga and Ariana. Off-the- hook costumes, insane live vocals and killer choreography will leave you gagging for more.

Divina De Campo said: “‘Strike A Pose!’ is about all the divas who inspired us as drag babies, so for me, that’s Judy, Gaga, Beyoncé, all the greats… I’m going to be joined by the incredible Trinity The Truck and the gorgeous Jujubee, alongside a multi-talented cast. This is going to be an all- singing, all-dancing EXTRAVAGANZA!” 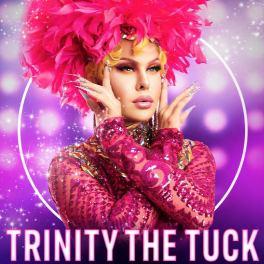 THE FACE, THE BODY, ALL THE WAY FROM THE USA!

The gorgeous Trinity is best known for competing in the ninth season of RuPaul’s Drag Race, and for being one of the winners of the third season of RuPaul’s Drag Race All Stars not to mention she is starring in All Stars season 7. Trinity has released a chart topping album, starred in various music videos and hosted drag series, Love for the Arts. Alongside her podcast, Werk, Trinity won ITV’s Karaoke Club: Drag Edition, where she served the UK her dazzling personality and comedic wit, she can’t wait to continue her love affair with her UK fans with Strike a pose! in Autumn 2022. 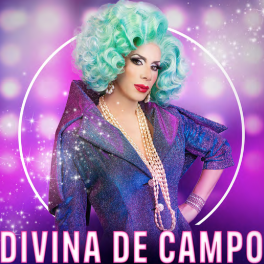 Divina De Campo is the stage name of Owen Farrow, a seasoned British Drag Queen known for her successes on BBC’s Drag Race UK, The Voice and All Together Now. Aside from her TV appearances, Divina is also known for her high soprano and 4-octave range and many theatrical performances, including playing the role of Mary Sunshine in the international adaptation of Chicago the Musical and in the latest production of Hedwig and the Angry Inch. 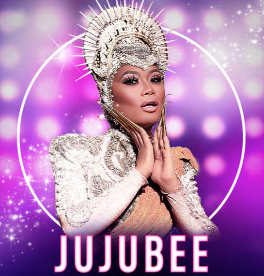 The USA star Jujubee is best known for the second season of RuPaul‘s Drag Race, season one and five of Drag Race All Stars and has just competed in Drag Race UK Versus The World; the first queen to compete in four seasons. She has released a hit album (Good Juju Vol. 1 & Vol. 2), has many TV appearances to her name including AJ and the Queen and Dragnificent. Currently releasing new music she has several TV and theatre shows in line, continuing to share her unique brand of comedy and musical talent. Jujubee can’t wait to entertain UK Theatre audiences with her fellow superstar Queens in 2022.

Experience Kensington's most 'go-to' spot of the moment - Percy's