Tunbridge Wells Antique Fair for Hospice in the Weald

Claire O’Neill remembers her Grandfather, George Paterson, a well known local Silver Specialist,  and explains her motivations for Fundraising for the Hospice in the Weald, by running a mammoth Antique Fair in Tunbridge Wells on Sunday 28th April at The Skinners Boys Grammar School, in his memory.

“Grandad was such a kind man , he’d do anything for anyone. He was an old fashioned gentleman really, a man’s man if you like – if you were walking on the pavement he’d always make sure he was between you and the traffic. Grandad was the head of our family; he brought me up as if he were my father, we were very close.

He just loved life, and people, and his family, he was one of those ‘old souls’ that was just so wise. He was such a character and full of surprises – one day he’d start speaking German and it would be because he’d taught himself. He was always doing that sort of thing. 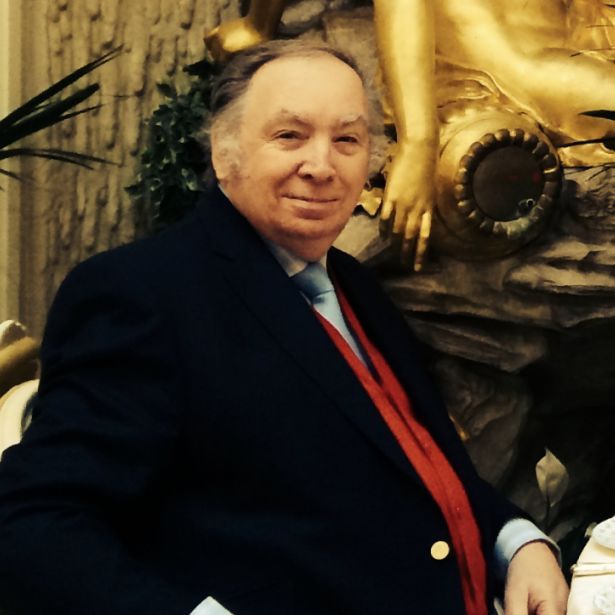 He never got elderly, he was always very well and kept busy, until the last year of his life. My mum, auntie, grandma and I cared for him at home for most of that year. He called us ‘his girls’. We had a whole rota, taking different days. We cared for him at home like this for a year, but it was difficult. He had a lot of health problems and the NHS gave up on him, really. He had liver failure despite never drinking. I know that’s how life goes, terminal illness aren’t fair, but it was so hard.

When Grandad was first referred to the Hospice he thought it meant losing hope. I had to sit down and explain to him ‘Grandad, you aren’t going to get better, but the Hospice will help you live as you want to, and to be as well as you can. We need their help.’

He was worried about coming to the Hospice at first, but he always had my grandmother with him, which helped. They met in London at the age of 18 and have been together ever since. Her staying close to him helped him overcome his worries. And once he was here, he loved it! He was so enthusiastic and complimentary about all of the care he received.

Grandad’s time on the Ward was obviously very emotional, but it was much easier on my family than the earlier stages of his illness. We knew we didn’t want him to go into a care home or into Hospital. We stayed at the Hospice in the family room so we could be close to him. I slept by his side each night for the last week of his life. We just wouldn’t have been able to do that in Hospital.

I wrote a letter to Grandad which I read to him during that last week, whilst he was unresponsive, and again at his funeral. It was incredibly emotional, and difficult, but he was such an amazing person that I wanted to do him justice and for people to understand what a wonderful person he was. It was a privilege to be his granddaughter.

I can’t really put into words what a father figure he was for us, we all just adored him. He was fiercely protective of us. So helping him access the best care that we could was very important to us.

Grandad was an Antique dealer, silverware was his passion and he was incredibly knowledgeable about it. Antiques were his life, he started off as a dustbin man and worked his way into the industry by selling postcards in Charing Cross. When he was on the In-Patient Ward he promised some of the nurses that he would run an antique fair to fundraise for the Hospice, to give something back. I knew, as he said the words, that he wouldn’t be here to do that. We knew he wasn’t going to get better. And I decided right at that moment that I would do this for him when the time came.

So Grandad died on the In-Patient Ward in October and I’m organising an Antique fair in his memory, to Fundraise for the Hospice, in April.

Losing your loved one is the worst time of your life, undoubtedly. But this gives me something positive to focus on. I’m doing exactly what he would have done. It’s really important to me that we do this, as one of his final wishes. And after the Hospice helped us so much, we’ll do anything to support them. Without them, we wouldn’t have been able to cope. 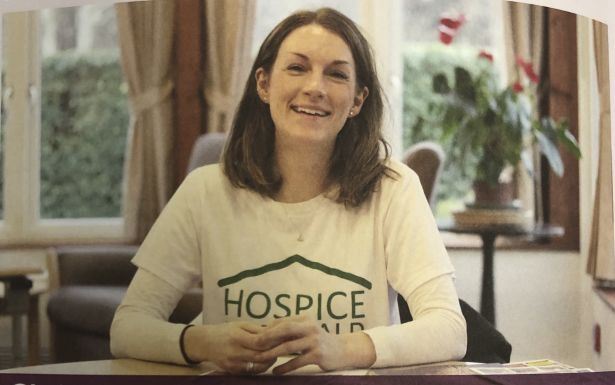 For me, part of the support from the Hospice has been how easy taking up the counselling has been. I didn’t have to go out and look for it, the support was offered. We are very close as a family but it’s different now Grandad has gone. Knowing the hospice is there for us makes a big difference.

I just want to raise as much as possible, really, in his memory and also to say thank you to the Hospice. Without them we wouldn’t have had the support network to be able to cope.

I ran the Hospice 10K whilst he was here on the In-Patient Ward too. Fundraising to ensure people can access this care is so important.

For more information on the Antique Fair please contact Claire on 07866598641 or patersonsilver@gmail.com

Tunbridge Wells Antique Fair for Hospice in the Weald