Into the Hoods: Remixed, the newly revamped version of the award-winning production that stormed the West End in 2008 will be hitting the Orchard Theatre from Tuesday 8 March – Wednesday 9 March. 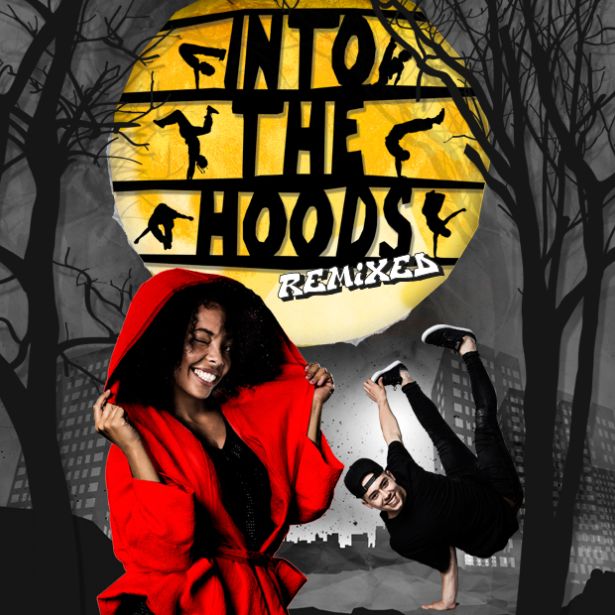 ZooNation Dance Company uses its trademark narrative hip hop dance theatre style to tell the story of two school children, lost in the ‘Ruff Endz Estate’. The audience follow the children, who have been tasked by the Landlord to find an iPod touch as white as milk, trainers as pure as gold, a hoodie as red as blood and some weave as yellow as corn. Along the way, they meet DJ Spinderella, wannabe singer Lil Red, vivacious rapper Rap On Zel, budding music producer Jaxx and embark upon a storybook adventure into the heart of a pulsating community.

The original Into The Hoods received universal praise at two Edinburgh Fringe runs (2006/07) and during its West End run in 2008, winning a What’s On Stage Award for Best Ensemble Performance and an Olivier nomination for Best Theatre Choreography. Its success has had a huge impact on the profile of hip hop dance in the UK; the production became the first ever hip hop dance show to open in the West End and subsequently became one of the longest running dance shows in the West End’s history.

Sadler’s Wells Associate Artist Kate Prince founded ZooNation Dance Company in 2002. In 2008 Kate choreographed the West End cast of Into the Hoods for a special performance for Nelson Mandela’s 90th Birthday Concert in Hyde Park. In 2011 she wrote, directed and co-choreographed ZooNation’s production Some Like it Hip Hop which enjoyed a critically successful sell-out run and returned to London again the following year, before embarking on a UK tour and playing a third season at The Peacock in the Spring of 2013.

Into the Hoods: Remixed is co-produced with Sadler’s Wells and co-commissioned by Curve, Leicester and supported by the National Lottery through Arts Council England.

The show will be at The Orchard Theatre on Tuesday 8 March – Wednesday 9 March. Pre-show dining is also available before the show. The Orchard Theatre’s Restaurant provides a delicious range of, unique and memorable dishes, using the freshest local produce and prepared daily by the Head Chef.  Reserve your table when booking your show tickets.

Burn off some energy at Betteshanger this Easter